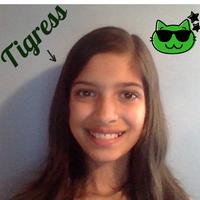 I'm a pureblood - not that I care - and have been listening to wizarding songs as long as I've been able to walk over and turn on the radio. When I was five, I started singing to them, and I was surprisingly good. I got sorted into Gryffindor at Hogwarts, which was probably how I gathered up the courage to sing at a Hogwarts talent show when I was twelve, and my seemingly simple talent won. I got signed on shortly afterwards to a performing gig in America (!!) My career continued from then, and so far I've released 15 albums. My newest ones have been Nobody's Perfect, Curse You to the Ground, and Sympathy.
Accio Profile Posts...