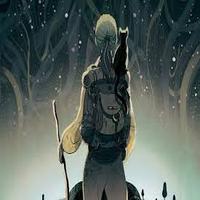 "The symbol Perthro glowed with a gentle gold light. My sign, he announced. My family’s sign." - Hearthstone, Magnus Chase & The Gods of Asgard
Followers (119)  Following (85)  Friends (55)

When Nairana got her letter She was exhilarated. She'd always loved the concept of Magic of any kind and was thrilled to find out it was real. When she got to school, she was still amazed by all the wonders the castle held. She was sorted in Slytherin, and a problem emerged because- she was a Muggle-Born. To add to that, she was also a shadow, otherwise known as an obscurial, But still, despite that, she found a great life at Hogwarts.

"The symbol Perthro glowed with a gentle gold light.
My sign, he announced. My family’s sign."
- Hearthstone, Magnus Chase & The Gods of Asgard

Primary Objective: Live a normal life
Secondary Objectives: Find a cure for her 'Condition' And change the Stigma

Desires:
Secrets: The fact that she is an Obscurial
Quirks: She can appear seemingly from nowhere, and pop up in places she shouldn't be able to get to.

Logical-Mathematical: She prefers to use logic before anything else
Spatial: She can create worlds with highly developed histories, clearly able to visualize ner anything
Linguistic: She doesn't talk much, but when she does it's explosive and highly descriptive
Bodily-Kinesthetic: She is very fluid in her movements, and can move very fast
Musical: She has an aptitude for music, and has composed a few songs. She adores listening to music and can play the piano.
Interpersonal: She can often read people's expressions, but she doesn't like interacting with strangers unless she initiates it
Intrapersonal: She's surprisingly aware of herself. But that's mostly because he obscurus is there.
Naturalistic: She analyses her natural surroundings all the time, and nearly always finds somewhere high up to sit.

Ability: Obscurus Transformation
Restrictions: She doesn't control it. An Obscurial may lose control when they reach their emotional and mental breaking point, releasing their Obscurus as an invisible (or nearly invisible) destructive wind. In extreme cases, they may physically transform into an Obscurus.

Equipment: She carries her school bag and her wand with her at all times
Wardrobe: She wears her school uniform, but outside Hogwarts, she enjoys wearing classic shirts and any sort of jacket

Emotional Stability: She has learned to keep emotionally stable for long periods of time, however when she reaches her breaking point, it's just ugly.
Humor: She enjoys making puns. Her sense of humor is quite... Everywhere
Reputation: She doesn't have the best rep, which isn't helped by the fact she's a Slytherin muggleborn.

School: Hogwarts
Study Habits: She doesn't really have a study habit, she just studies as she feels like it.

Anima: Talkative to herself, vivid, exited, and mysterious, creating worlds with a few words
Persona: Quiet, doesn't speak till spoken to, icy