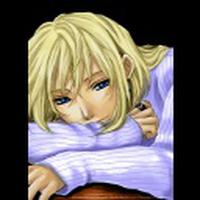 Welcome friends! And my "not Slytherin" friends too :D Come hang out with Damit and me in the lounge...or maybe not Damit. He doesn't know how to behave.
Followers (74)  Following (62)  Friends (61)

Hello, my name is Orion and I'm a second year here at Hogwarts. I was extremely excited the day my letter came. By that time, I had already shown promising talent with magic, at least according to my parents. My biggest concern is my academic skills. I'm embarrassed to say that I sometimes don't read things fully before I answer questions. I'll be working on that.

My most prized possession is my wand. Although that wasn't the case when I first received it. Most students of Hogwarts get the wonderful opportunity of purchasing their first (and sometimes only) wand at Ollivander's Wand Shop. I, however, received my wand as a gift or rather a fairly new family heirloom. It came to me in a very plain box made of the same wood as the wand itself. It was burnished black with a very ornate grip. All in all the only complaint that I had was that it was not brand new.

The very first chance I got, I packed up the wand and headed to Ollivander's. My intentions were to see if he would trade the old relic for a shiny new one. As soon as I entered the shop, his eyes fell on the old box tucked under my arm. "That's one of mine, isn't it?" he claimed. I had no idea how to answer but handed the box over just the same. He examined it closely, nodding every so often with a little smile. I explained how I came to have the wand but before I could ask for the trade, he instructed me to give it a "flick". The wand burst to life in my hand sending a gentle but hot wind swirling around me. This wand was definitely mine whether I wanted it or not.

Ollivander went on to explain that the wand had only one previous owner, my cousin, Severus Snape. It was once thought that the wand had been buried with him but no one was absolutely certain of that. Somehow, it found its way back to me by way of my aunt, Severus' mother, Eileen Prince. With this new found knowledge the wand has become my most precious possession. I left the shop feeling more proud than I ever could with a brand new wand.

Anyway, my goal in life is to become a Hit Wizard. I think, besides being fun, this is the one profession that will allow me to work with several different areas of magic and really get the best out of my education here at Hogwarts. However, I'm only a second year right now so that could possibly change.