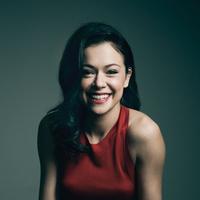 Retakes are not available at this time, but a sitewide announcement will be made when they are
Followers (830)  Following (207)  Friends (194)

Wand Specifications: Silver Lime wood with a unicorn hair core, 10 ¾" and quite bendy

Biography: Armina was born to two traveling intellectuals while they were studying in the United States. Her parents were collaborating with professors at the Ilvermorny school, and chose to raise Armina there rather than continue their travels. She was raised on intellect, fun, and the pursuit of knowledge. A voracious reader, Armina was always curious about the world around her and the spells that could change it. Upon reaching year four at Ilvermorny, Armina and her family moved back to England and she was enrolled in Hogwarts School. While there, she quickly befriended Professor Flitwick once being introduced to him by her parents and her studies. It wasn't long before she was spending her spare time with him as his apprentice, learning about spell creation and Charms in general.

Upon graduation from Hogwarts, Armina accepted a summer time position with Professor Flitwick aiding him in his studies and spell creation. While picking up supplies in Diagon Alley, the pair ran into two old friends of Professor Flitwick; Garrick Ollivander and Glynis Cadwaladar. The group got to chatting and it was quickly decided that after her apprenticeship was over, Armina would be working with Cadwaladar, a famed spell creator and critic. Armina spent many years working with Cadwaladar, aiding in the creation of some of today's most useful spells. She stayed in touch with her old Professor and continued to work with him via correspondence and Apparition. When Professor Flitwick retired, Armina decided to take him out to lunch one day. Of course, they had to visit his old friend Ollivander on the way. When Professor Flitwick saw what a mess the shop was, he insisted that Ollivander take Armina on as help with his wands and with his books. Until her tenure at Hogwarts started, Armina worked with Ollivander organizing the shop and his thoughts as well as aiding in retrieval of wand components. Near the end of her time with Ollivander, she was able to start aiding in the creation of wands as well.

Armina's interests today lie in wand lore and spell creation. She continues to keep in touch with her old mentors.
Accio Profile Posts...