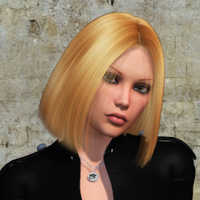 Titles: Gryffindor Head of House; Professor of Ancient Studies and Mythology
Professor Liria Morgan was born June 30, 1979 in a small Wizarding village south of Dublin, Ireland. Her parents had a rather large family, and Liria was the seventh, and youngest child in the family. Having a large family meant Liria soon learned the value of solitude, and so spent a great many days exploring the nearby wilderness areas and ancient ruins, occasionally bringing back stray animals as pets for her siblings. She received her Hogwarts letter in 1990, and attended Hogwarts from 1990 to 1998. She enjoyed all of her classes, however excelled in the areas of Ancient Studies, History of Magic, and Charms. Upon graduating from Hogwarts, Liria accepted a position as a research assistant with one of the foremost Wizards in the field of Ancient Studies who was delving into the mysteries of early East Indian charms and their practitioners. Upon the completion of her post, Liria was offered a position as a researcher examining Ancient Egyptian spells and potions. Liria was thrilled to be asked to return to Hogwarts to teach Ancient Studies, and looks forward to exploring ancient spells and their practitioners with her students. Her classroom can be located on the sixth floor, and is carefully guarded by her cat, Isis. This is her first full-time teaching position. Contact Info: Professor Morgan may be contacted through owl direct messaging.
Accio Profile Posts...