Please direct all questions to my owl inbox rather than my profile wall!

School Attended: Hogwarts School of Witchcraft and Wizardry, was invited to Beauxbatons Academy of Magic

Occupation outside HiH: Freelance Illegal Dragon Breeder Researcher for the Department for the Regulation and Control of Magical Creatures

Anne has platinum blonde hair that she maintains. She was born a natural blonde, and after several stints of dying her hair during her youth never truly got that sunny blonde color back. She is fairly short, just five feet tall, and has green eyes. She has few freckles, and several small moles on her arms from sun exposure. For lectures, Anne prefers to wear skirts and blouses, the dressier the better. Casually, she wear jeans, graphic shirts, sweaters, and boots.

Anne was born on August 15, 1992 to Jefferson Anne and Bridget Anne-Humphrey in the town of Tiverton, Devon, England. She spent her childhood on her parent's Crup farm, wandering the countryside with her Crup Matilda by her side. Before retiring to own their Crup farm, Jefferson and Bridget worked for the Department for the Regulation and Control of Magical Creatures. Both worked in the Werewolf Support Services office. This office was of interest to Jefferson after the death of his father from a werewolf bite shortly after his birth. Bridget, who attended Beauxbatons, began an internship in the office after her graduation. Six months after she finished her internship, the two began seeing each other. After their retirement, they purchased 10 Crups and began breeding them on their 100 acre farm. Soon, they were known as one of England's top Crup breeders. Summers were spent vacationing, while the holidays were spent helping the less fortunate and donating food to Muggle food banks. Even though Anne is the couple's only child, they felt it was best not to spoil her, because they felt that would teach her nothing in life.

At the beginning of the summer before her eleventh birthday, Anne received letters of acceptance to both Hogwarts and Beauxbatons. She did not tell her parents where she planned to attend until August 29th, when her parents insisted so they could purchase her school supplies. After making the decision to attend Hogwarts, she was off on the Hogwarts Express on September 1st. She was sorted into Ravenclaw house. Anne's years at Hogwarts were filled with many different emotions, events, and courses. During her fifth year, shortly after arriving back at Hogwarts, her beloved pet Crup Matilda passed away. She had had Matilda since she was six years old, and they had bonded tremendously.

After her graduation from Hogwarts in 2009, she worked at the Department for the Regulation and Control of Magical Creatures in the Committee for the Disposal of Dangerous Creatures from 2009-2012. She researched illegal dragon breeders, and would track them down and arrest them. From 2013-2014, Anne took a break from the office, working freelance while starting up her Fwooper feather online business. While in Siberia on a raid, the Headmaster sent her a letter about the open professor position. She happily accepted, excited to be able to share the knowledge she gained in her schooling and in her work with bright young minds.

In her spare time, she enjoys breeding Fwoopers on a small scale, creating jewelry to go with her teaching outfits, and reading up on the latest creature information available. She is a firm believer that hard work will take you far in life, and that creativity is the best representation of intelligence. She enjoys making different potato dishes, such as latkas, and anything that involves spinach and artichoke hearts. Anne is a pescatarian, enjoying shrimp, tilapia, eel, and salmon. She went this route for several reasons. The easiest explanation is that she grew up eating fish and shellfish, due to the streams near her house. The only foods, besides red and white meat, that Anne does not eat are tomatoes and beans. Her favorite food is the potato, because of the diversity of what she can make with it. She also enjoys watching Muggle scary films, often trying to relate them to something from the wizarding world. 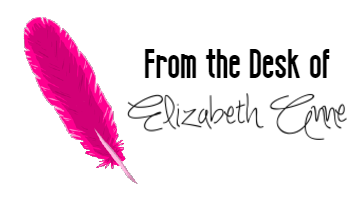