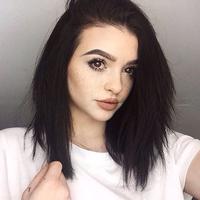 [Slay hard, pray hard] Hey! My hobbies include photography & blogging. I spend most of my time with my niffler Nibbles. My dad is Newt Scamander...
Followers (119)  Following (122)  Friends (51)

Important: all posts here are In character unless they're marked OOC or IRL. If you want to post to me (non RP) than please tag your message so I don't have to :)

The one and only daughter of Newt Scamander, Sabrina Autumn Meredith Scamander. They had a hate/love relationship and could have huge fights but also had an enormous amount of love for each other. They lived all over the place; In Europe, in Britain, they were always travelling around. Growing up Newt was away a lot with Sabrina taking care of a lot of the creatures. She developed a special love for nifflers, begging her father to have one as a pet, which after a lot of nagging, he agreed to. The niffler, called Nibbles, became her favorite pet, and she took it everywhere while also training it to be enormously loyal and listen to her and hiding jewelry around the house for it to find. When she got accepted into Hogwarts she was sorted into Hufflepuff (no surprise). After a lot of conversations with Dumbledore he allowed her to take Nibbles with her. Her favorite classes are Herbology and Care of magical creatures. She has a slightly problematic addiction to candy canes, just like her father.

((Let's just say that Newt has used an immortality charm that made him age way slower.))
((Faceclaim: Kelsey Simone))