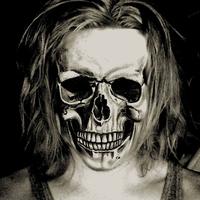 Former Slytherin student, dropped out of Hogwarts during seventh year, back in 2011, took my broom and went off the grid.
Built up a new life in the desolate forests of Sweden after three years of studying under a Sami shaman in Torne Swamp.

I am 22 years old and Junior Supervisor at Scandinavians largest Bowtruckle habitat. We provide wandwood ranging from holly to pine, elder and much more.

I see some here shares a lot about their skills, interests and specialties, so I might as well do the same.

My patronus is a Scandinavian Lynx (Species; Lynx lynx lynx), my desired animagus is a Siberian Tiger. There is something about feline creatures that is close to my heart. I even have a gray Kneazle named Castro.
I named my wand Cuttler. The name came to me in a dream during my second year at Hogwarts. Frowned upon I kept the name of my Ash wood soldier, friend and magnificent tool. With an amazing Dragon heartstring core he never seem to fail me.

About my parentage I was born pureblood. My family tree contains french, italian and irish heritage on my fathers side, hence the surname Pascal. And my mother has known ancestors from the Schanke lineage. In fact, she is descendant of one the court wizards of Isle of Man. All in all I have six kinds of ancestral nationalities.