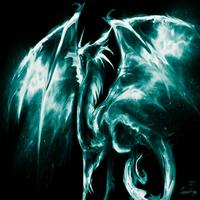 
Hey everyone! I'm glad you're taking the time to read my backstory.

I'm working on my backstory...!

First, some things you should know about me:

1. I'm Claustrophobic
2. I won't be online loads coz of school
3. Please don't ask me about my private life

Second, I'd love to do RPS with you, but please either post on my wall or owl me. Thank you soooo much.

If I've spelt your name wrong, or forgotten you please post it on my wall!


My Signature quotes:
"Dark times lie ahead of us and there will be a time when we must choose between what is easy and what is right." Albus Dumbledore

"You can control it, Credence'
"I don't think I want to, Mr Graves,"

-From The Boy, The Mole, The Fox and the Horse by Charlie Mackesy.

- Lottie Pumpkin, from the Rosewood Chronicles by Connie Glynn.

The boy, the mole, the fox and the Horse
Charlie Mackesy
It's inspirational and awesome.

The Nevermoor series
Jessica Townsend
For all you people out there who love Harry Potter, you just have to read this.

I am Serephina Ashwind-Black, but it's just Ash. I grew up in Grimmauld Place with my mother and father, until they both died for the Order of the Phoenix. It's a long story. Anyway, after that I grew up on my own, teaching myself how to live and play Quidditch, trying out the occasional spell. When I got my Hogwarts letter, I was overjoyed. Well, overjoyed about the letter. Not about the fact that the owl pecked me half to death to wake me up. Well, anyway, I was sorted into Gryffindor, just like my parents. I made myself a case quite like Newt Scamander's and I keep lots of creatures in there, like Silver, my Peruvian opaleye, and the occasional niffler. I love Quidditch, and always sneak out past curfew, either to the Forbidden Forest or sneaking out into the hallways. I just loooooooove to cause trouble, and following in my dad's footsteps.


Liliana Wolfson. Lili for short.
Full name: Liliana Wolfson
Hair: Dirty Blonde
Eyes: Blue
Nationality: Half Welsh, half German.
Defining features: a small mark she drew above her left eye in the shape of a lily.
House: Depends on RP.
Lili sometimes has a breakdown, when she collapses completely for a few hours or even days.

Hi! I am Liliana Wolfson, daughter of Robyn Pitkin and Raphael Wolfson. My mother died from a blood malediction when I was 7, and my father remarried my step mother, Violet Brink. She's been looking for an excuse to kick me out of the house for ages. When I got my Hogwarts letter though, she didn't want me to go because I've been ill. I sometimes collapse and have a complete breakdown, and apparently it can be fatal. My stepmother wanted to tell StMungos, but my father forbid it. So I went to Hogwarts, and was sorted into Gryffindor (( it depends on the rp, but sometimes I'm a Hufflepuff )), although I sat with the Sorting Hat for ages. I enjoy my time at Hogwarts, and my collapses have been lowered to around once or twice a month.


Saskia Alcroft
Full name: It's just Saskia Alcroft.
Blood Status: Unknown
Nationality: British
House: Depends...
Hair:Ebony Black, hardly lower than her chin.
Eyes: Well, technically eye. She wears a small eye patch on her left eye, due to the fact that it is bright yellow. Her normal eyes is green, though.

It's Axel here! I am Axel Claw, and I'm really shy. I love the peace and quite, and like to spend my time in the library. I love reading, and there aren't a lot of books that I haven't read. People call me a need, or a geek, and once they've found out about me being a werewolf, I'm a monster. I am kind to people I care about, although I am stony with people I am not familiar with. I was sorted into Ravenclaw almost immediately. I love it at Hogwarts, but I always go home for the holidays.

Name: Anastasia San Martin
People who are close to me call me Ani
Messenger
Appearance: Long mahogany hair, blue eyes like ice, smells like cinnamon.
Personality: Curt, sharp, kind to those she is familiar with.

1. Ash was standing in the corner of Platform 9 3/4. She was watching other students from the shadows, her old trunk in hand. She leaned against the cold wall, waiting until a last-minute call. She felt someone watching her, and turned around, only to find herself looking at one of the other Hogwarts Students

2. Ash ran quickly through the forest, not making a sound. Her white wolf Accalia ran beside her, like a white shadow. Her bow was in hand, and a quiver full of arrows on her back. Suddenly, she thought she heard someone. She stopped, listening. She was about to carry on walking when a twig snapped. Shoot. If someone found her, she was in trouble, big time. It could be a student. Or a prefect. Or the Head Girl. Or Head Boy. Or in the worst possible case, a professor. She pushed her auburn hair out of her greenish amber eyes. " Who's there? " She called clearly, her voice carrying on the wind.

3. Faster. She had to run faster. She risked a look behind herself, and in that moment she saw silver. Then everything stopped. The world went red, then black.

When Ash woke up, she found herself chained to a chair, inside a cell. It was dark, lit by the smallest lamp hanging from the ceiling. She couldn't move. A sort of plaque read: Experiment #1722, Serephina Ashwind, Age 14. Shapeshifter. She looked up at the ceiling, exasperated. She'd been caught, caged, and now she was stuck. She had to get out of here, but the chains weren't budging. She heard footsteps, the soft padding of two people. She flicked her wolf ears, but the could only catch the words, 'Dangerous', 'Shifter', and 'Experiment'. Suddenly, the door opened, and two people came in. It was a thin lipped woman, holding a stack of files in her arms, her dark eyes glinting evilly. "She's all yours," She said to the person beside her, and then left the room, the door clicking shut behind her. Ash watched the person carefully, every movement. They were getting closer. Ash had run out of ideas. And she screamed.

4. Saskia Alcroft curled her knees tightly into a ball, shivering slightly from the London's cold. She only wore rags and an old, too-tight jacket while she sat on the streets. On normal days, she begged for Monday and got about a pound, on hard day's, she pickpocketed. She looked like your classic street rat: left on the streets as a kid, somehow doesn't die, messy black hair that doesn't grow past your chin and wearing an eyepatch on her eye-that-isnt-blue. And there you go, she looks like a classic street rat. She is a classic street rat. Except for one thing. She's an obscurial.

One day, as she sat on the roadside, somehow avoiding death at the middle of the night, a group of drunk me walked right out of the nearby Inn. They didn't seem to notice her, until the whole group stopped abruptly. Then they began sneering and jeering at her, although that just bounced off. She was used to it. And then one of them spat at her, right in the face. No one spits on Saskia's face and gets away with it. No one. Suddenly she was about to stand and punch th when she felt something.... Else. It mixed with her anger and then she was a swirling dark mass, destroying everything and anything in her path. She flew around the city, making crators in the streets, her rage and that something else taking over her.
she stopped abruptly. What was she doing? Unexpectrdly, she found herself back in the street, the men were gone. Destroyed.

She sat in the same place for a week, hardly daring to show her face. Then, in the evening when the street was supposedly empty, a pair of feet walked towards her. Whoever it was kneeled down, and said, "Hello, there,"
It was...

5. Amber North, assassin and Metamorphmagus, was leaping from roof to roof, her flaming red hair swept back by the wind. She clutched her wand, and prayed that there weren't any Aurors or Hitwizards or anyone watching her. After awhile, she slowed down. Her leaps were less graceful, and sometimes she had to scramble on the roofs to make sure she didn't fall. Out of the blue, a hand reached up and grabbed her ankle, pulling her into a dark alleyway. She landed, but she couldn't see anyone. She leaned down, rubbing her ankle. It was broken. She stood up, leaning on the wall. "Anyone here?" She yelled, feeling stupid.

If anyone wants to rp, post on my wall or owl me please! Thank you!

Hufflepuffs are not weak.
Ravenclaws are not heartless.
Gryffindors are not arrogant.
Slytherins are not evil

( I got this stuff from Steluvius Serpens Black, so credits to him. )
Accio Profile Posts...