Professor Rosenquist flits around the classroom, setting up last minute decorations before her Third Year class arrives.  Cat busts?  Check.  Anubis statues?  Check.  Even her personal collection of stone tablets and alchemical artifacts are set up on the laboratory tables in the back, but something seems to be missing.

Taking a look around at the room once more, she lets out a gasp and pulls out her wand.  Uttering an incantation, she waves her wand in a circular motion and hieroglyphs cover the walls.  As the last hieroglyph appears, the first wave of students walk in.  She giggles at their reactions to the room before motioning them to sit down.  Putting up her wand, she walks over to her podium and waits for the rest of her class to find their spots before speaking.

“Welcome everyone to yet another year at Hogwarts!  I am pleased to see all of you here in my class this year.  It’s a delight to see so many of you have the desire to continue your alchemical studies,” Professor Rosenquist addresses her class with a big grin.  She takes out her wand and taps the board three times, revealing a map of the world and the syllabus for the year: 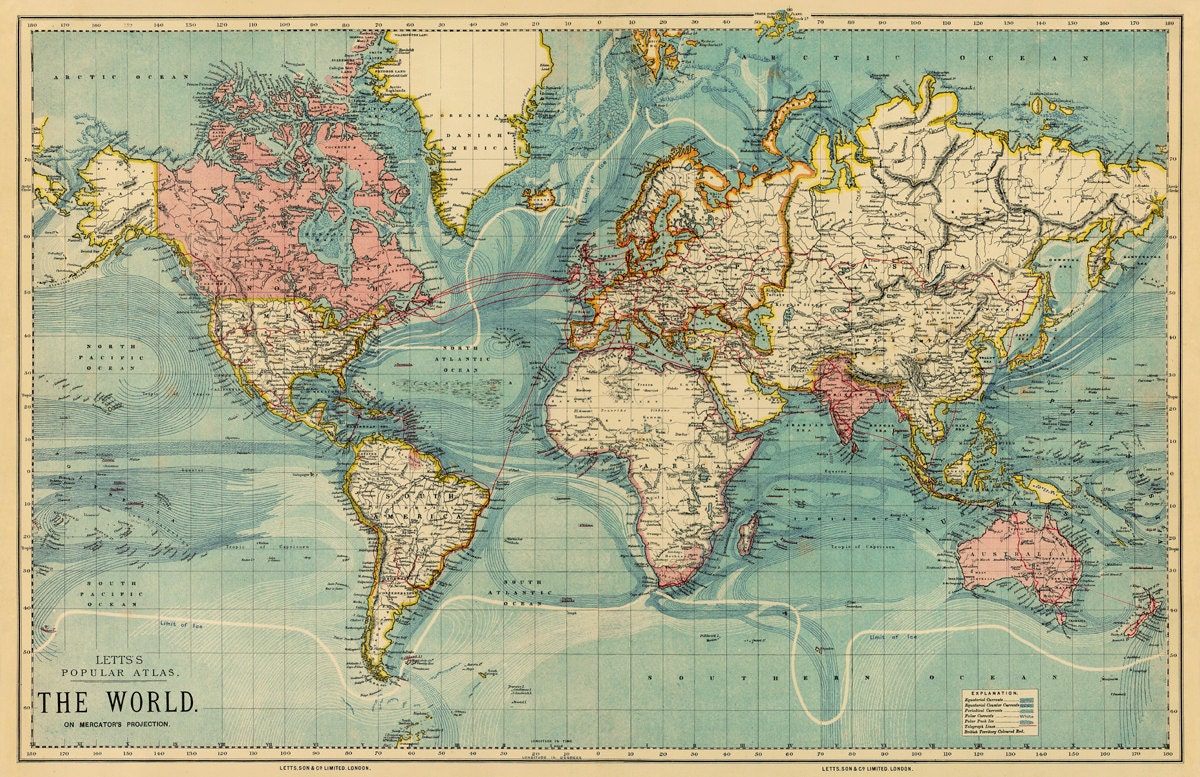 “I’m sure with all the decorations in the room, you are wondering what we will cover this year.  As you know, last year we covered basic concepts of alchemy.  This year, we will be taking a journey around the world and through time.  We will be looking at alchemy in different cultures across the world.  This is something that is dear to me.  After I graduated from Durmstrang, I decided to travel the world and do independent research of different types of alchemy.  You can read all the books you want, but it’s nothing remotely close to going out and experiencing it for yourself.”

“Every week, the room will be decorated based on the area of the world we are discussing that day.  As you can tell, today we are going to talk about ancient Egypt.  I want you to treat this year as if you are simply going on a vacation to a different country every week.  Also, I will have artifacts I have brought from my own personal travels on the lab tables in the back of the classroom.  Feel free to stay a bit after class if you’re curious!  I can tell you are getting antsy, so without further ado, let’s begin!”

Everything Has to Start Somewhere

Although alchemists point to the heavens when asked where their craft originates, ancient Egypt is historically the birthplace of alchemy.  Most of the oldest documents regarding alchemy are found in Egypt and many of the writings back up this statement.  Even the word ‘alchemy’ comes from the Arabic phrase, Al-Khemia, which means “from the Land of Khem.”

Khem is an Egyptian word that refers to the fertile black soil in the Nile River delta, or, in other words, Egypt itself.  The Arabians made this word to cite that Egypt was the origin of alchemy as well as a metaphor for the craft being a “mysterious, secretive dark art.”  Obviously, we know today that alchemy is not considered dark magic, otherwise we wouldn’t be sitting in this classroom right now.  The Land of Khem is suspected to be the home of alchemy for at least 5,000 years.  According to historians, ancient Egyptian alchemy in particular lasted from 5000 B.C.E. to 350 B.C.E. 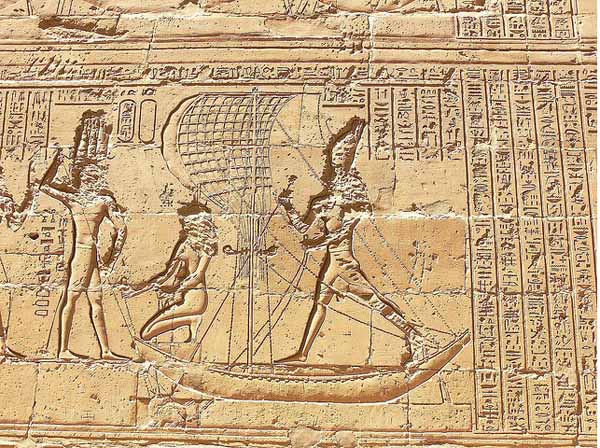 So how exactly did alchemy start out in Egypt?  Legends tell it happened during a time called Zep Tepi.  Zep Tepi is an Egyptian term meaning “first time.”  It’s an epoch that happened roughly 12,500 years ago, before the ancient Egyptian civilization was established.  It was during Zep Tepi that the gods traveled through “the Void” and created the grids of our reality.  A group of godlike beings arrived in Egypt and shared wisdom to civilize the primitive humans of the time.  These visitors are credited as the first alchemists as they exhibited advanced spiritual technology that allowed them to transform matter.  Many accredited alchemists claim that the legend is true word-for-word and that the “fallen angel” visitors taught man all of nature’s arts.

The story doesn’t stop there.  Let’s talk about Thoth, the Egyptian god of wisdom, reason, and writing.  He is often depicted as a man with either an ibis head or a baboon head.  He served as a mediating power and made sure neither side (i.e. good and evil) had a decisive advantage over the other.  Thoth is the scribe of the gods and is credited with inventing writing and alphabets.  Due to this, Thoth is considered the father of many different disciplines, such as alchemy, religion, science, mathematics, music, medicine, agriculture, and even magic.

According to the legend, Thoth was one of the godlike visitors that came to Egypt during Zep Tepi.  However, Thoth was different than the other gods.  Thoth is said to exist in all levels of time, space, heaven, Earth, and anywhere in between.  He’s always existed and continues to thrive around us.  He can speak anything into creation, creating even the first gods.  He serves both the gods and mankind.  Thoth is the divine link between spirit and matter that makes alchemy possible.

Egyptians were incredibly advanced in their knowledge of chemicals and metallurgy.  Goldsmithing was completely mastered by this society in 3000 B.C.E. including operations such as alloying, smelting, fusion, and even the precision of weighing gold as well as other metals.  In fact, you can even tell just how next-level the craft is by looking at the different artifacts that adorned tombs around 2500 B.C.E.  It’s amazing, yet it also makes sense, as Egypt’s eastern deserts are full of gold deposits. 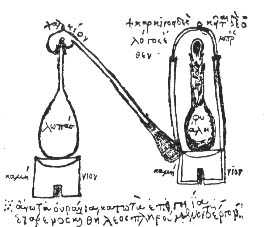 Metallurgy wasn’t the only thing Egyptians were good at.  They also knew how to extract essential oils from plants.  Remember the essential oil steam distiller tool that I mentioned last year?  As I said before, this isn’t a new process and the Egyptians had it down ages before we did.  Zosimos of Panopolis drew an illustration in one of his books of a distillation apparatus that was found in Memphis.  Not only did the Egyptians use this device to distill essential oils, they also used it to distill wine and cider.  The ancient Egyptians were also skilled in dying fabrics and glass-tinting, and they mastered the fermentation of fruit juices, honey, and malt beverages.

Alchemy was a divine revelation to the Egyptians and secrecy had to be maintained at all costs.  The secrets of alchemy could not be shared to the common people.  Severe punishments such as death and ostracism would be given to those who shared the sacred wisdom.  Pharaohs had to pass several levels of initiation before they could receive any information.  The teachings of Thoth and the art of alchemy remained hidden away from the rest of the world until the Greeks came along.  However, that is a story for next the lesson.

Additionally, the Egyptian Centre for Alchemical Studies is the largest alchemical research facility in the wizarding world.  I’ve been there a couple of times to help with a few projects, as well as attend the annual International Alchemical Conference.  It’s interesting to compare how alchemy used to have a prominence in both the Muggle and magical worlds but has since been dropped in Muggle society while continuing to strive in the magical community. 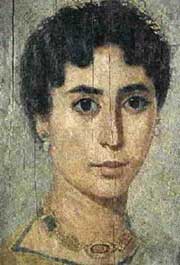 Every week, I want to shine a spotlight on an alchemist from the culture we’re looking at.  The alchemist this week is Cleopatra the Alchemist.  No, this is not the pharaoh, Cleopatra VII, however the pharaoh herself did have some interest in alchemy.  Although Cleopatra would fit better with next lesson’s time frame, I felt she was very significant to Egyptian alchemy.

Cleopatra the Alchemist is a female alchemist who lived around the 3rd century C.E.  Although she lived in the Greco-Roman Egypt rather than ancient Egypt in its prime, she is considered a foundational figure of alchemy along with Zosimos of Panopolis.  The name Cleopatra is a pseudonym as her real name has been lost.  There’s not much information on her background, but we do know that she was associated with Mary the Jewess’ School of Chemistry, probably attending as a student.

Why is Cleopatra the Alchemist important?  Well for starters, she was considered one of the four female alchemists in history that knew how to create the Philosopher’s Stone.  That’s right!  Flamel was definitely not the first to create the stone, but he is the most popular of those who have.  The other three female alchemists were Mary the Jewess, Medera, and Taphnutia.  Cleopatra is credited with the invention of the alembic.  An alembic is an alchemical still used for distilling chemicals.  Early alembics are described as two vessels connected by a tube. 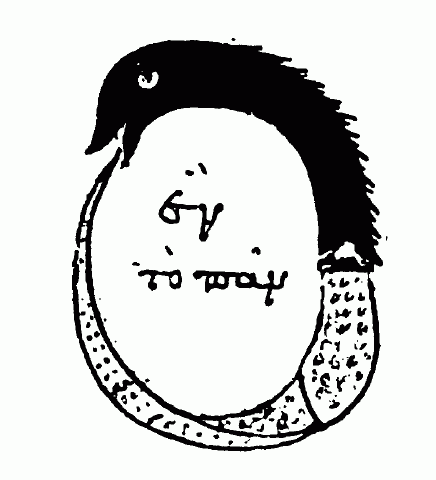 Cleopatra is a renowned author in the alchemical field.  Several of her works were saved by Muslim scholars when Christian leaders were demanding many scientific texts to be destroyed.  Her most famous work, Chrysopoeia of Cleopatra, was a sheet of papyrus that contained several different emblems.  Chrysopoeia refers to the transmutation of gold, which is also symbolically linked to the Philosopher’s Stone.  Cleopatra talks about several concepts through the use of imagery.  She even describes the relationship between an alchemist and his work to “a mother who thinks about her child and feeds it.”  She also has one of the oldest alchemical images of the ouroboros in this text.

"One is the Serpent which has its poison according to two compositions, and One is All and through it is All, and by it is All, and if you have not All, All is Nothing."

This work in particular gained popularity in Europe around the Middle Ages and is used frequently in Gnostic and Hermetic teachings.

That concludes our trip to the land of pyramids!  Today I have a short quiz for all of you as well as a creative writing opportunity for extra credit.  Be sure to complete your homework and grab your togas for next week!