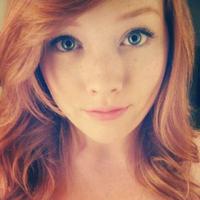 I'm apart of the Weasley Family! And one day in the Burrow, Fred and George handed me a letter. The whole family watched as I opened it, and it turns out it was a letter from Hogwarts, saying that I was excepted. I was ecstatic, and my first year was amazing. So were all my other years! Ron, Fred, George, Percy and Ginny all helped me out throughout my years of Hogwarts. I got good reports all the time, which Fred and George were slightly jealous of, calling me a Professor's pet all the time. I soon met someone called Draco Malfoy, and I took a particular liking to him, despite our family's disapproval. But it all worked out, eventually.
Following (16)