Lesson 2) The Phases of the Great Work

Hello and welcome back to another week of Alchemy! I take it your year has been going well so far? Anyway, on to this lesson. Today we will be going over the beginning of the Great Work, and then discussing each phase of it. Let's get started!

Most of you are probably familiar with the standard definition of chaos which is, “complete disorder and confusion.” However, when we look at chaos and how it fits into the Great Work, it takes on another meaning.

Alchemists define chaos as an original state from which the first gods appeared. Some of them even say that chaos is the beginning of their own Great Work. The ancient Greeks believed it to be a dark void of space that contained a mixture of the four aspects: air, earth, water, and fire. What happens after you encounter chaos within your spiritual journey? That’s when the Great Work starts, according to most alchemists. There are two different perspectives for this beginning. It could be looked at as a cosmological event or as a human experience. 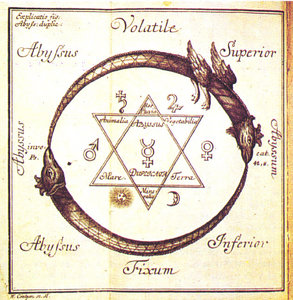 When considering the beginning of the Great Work as a cosmological event, we look back to what we have learned about the seven planetary aspects. We know that the seven classical planets (Sun, Moon, Mercury, Venus, Mars, Jupiter, and Saturn) all have a Greek god that they are associated with as well as a metal. Space was a vast dark void for a very long time. One day, the Greek gods appeared and took on the form of their respective planetary aspect, thus creating the planets we know today. By filling the void, the chaos had been overcome. It’s also through this perspective that alchemists believe we are able to use and experiment with the abilities of the transitions through the power of the gods.

The other way to look at the beginning of the Great Work is to look at it as a human experience. When you sit down to meditate for the first time, it may be very hard to concentrate, as constant thoughts will run through your head. These thoughts, feelings, bodily tensions, and emotions from our subconscious are chaos. Becoming aware of your inner self lets you locate the catastrophe happening within your subconscious. Basically, the Great Work is the cleansing process to rid the chaos.

Hermetic alchemists heavily relied on Greek mythology for a lot of their ideas, concepts, and theories. If you aren’t already taking it, I would suggest taking Mythology if you want to stick with Alchemy in the long run. It will help with understanding many of the theories and concepts we will talk about in this course, as well as other areas of alchemy. If you have extra space in your schedule, you should definitely check it out, because it's an incredibly interesting course.

The Great Work is split up into four stages to indicate where you are on clearing your inner self of the chaos. Ranging from first to last, they are Nigredo, Albedo, Citrinitas, and Rubedo or Blackness, Whiteness, Yellowness, and Redness. 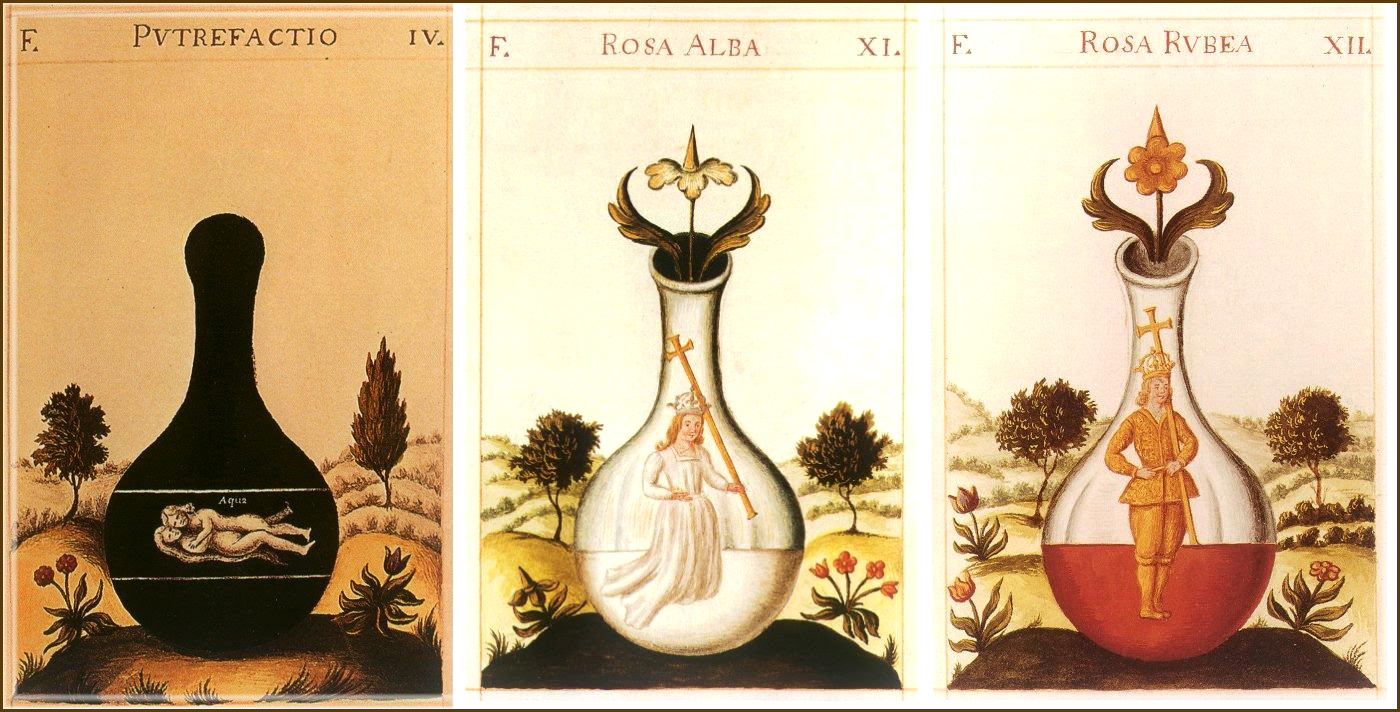 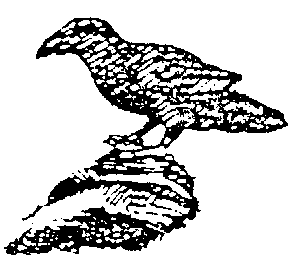 Nigredo, also known as Blackness, is the first stage of the Great Work. When you close your eyes, what color do you see? Black, of course! This is where you start and try to become aware of the volatile mind. At this stage, when you meditate you will notice the chaotic thoughts and emotions running through your head. Even when you try to stop them or attempt to think about nothing at all, you will find that your mind will get easily distracted. The putrefaction, or decomposition, of your inner chaos, in which the fixed dissolves from the volatile, happens during this stage. The fixed refers to a physical form of some sort, such as the body, while the volatile is the spirit. In order to pass this stage, immense concentration is necessary to keep your mind clear.

Nigredo can be indicated by several different alchemical symbols. To name a few, Nigredo is depicted by a raven, the night, darkness, a solar or lunar eclipse, a tomb, hell, or even death. I know it’s probably not the nicest list of things out there, but it is to symbolize the dying of the common man, his inner chaos, and his doubt about being able to find the truth within himself. When the matter, in other words, you, has entered Nigredo, it’s known as Saturn, lead, or the head of a Moor, a gruesome symbol in the Middle Ages meant to demonstrate independence and victory. 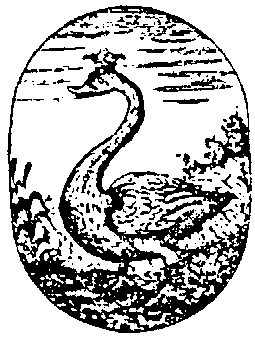 Albedo, otherwise known as Whiteness, is the next stage of the Great Work. Albedo happens when the blackness of Nigredo clears and a white light appears amidst the darkness. Basically, when you’re meditating and fighting the superfluous thoughts, there is a certain point where you will have purified your awareness and a light will appear. This light is different for everyone. It could be a visual light that you see within yourself during mediation or it could be a feeling of pure awareness as the thoughts seem easier to battle. It could be something that is completely different from what I’m saying because it’s a light that can’t be described, that you have to experience yourself. Do know that when you reach Albedo, the darkness will no longer be there when you shut your eyes.

Whereas Nigredo was associated with Saturn, Albedo is considered to be the realm of the Moon. This state is considered to be stable as far as the four phases go, giving you total clarity of your inner self. As far as allegories are considered, Albedo is where life conquers death, Heaven (the volatile) and Earth (the fixed) are unionized, the king is revived, the earth and water become air, and nothing can be touched or destroyed by fire. In order to progress from here, you need to be persistent in purifying your awareness.

Some symbols for Albedo include the Moon, light, a white swan, a white eagle, a white stone, the union of male and female, a fountain, the sun rising at midnight (midnight sun), baptism, and a white dove.

Citrinitas is another word for the Yellowness phase of the Great Work. It got its name from the transmuting of silver into gold or the dawning of the solar (divine) light within your soul. There is little known about this phase in comparison to the others due to a debate between alchemists over whether Citrinitas is a main phase or an intermediate phase. An intermediate phase? What's that? Well, an intermediate phase is a stage of the Great Work that is arranged in any order between the Nigredo, Albedo, and Rubedo stages. Intermediate phases exemplify the various degrees of transitioning between the main phases. Most alchemists don't bother with them, but you may find mentions of them in old alchemical texts. Here are a few to give you an idea:

Citrinitas is a special case as it originally started out as a main phase when the concept of the four phases was created. Most alchemists phased out Citrinitas into an intermediate phase by the fifteenth century by compressing it into Rubedo. Whether or not you will find information about Citrinitas in alchemical texts depends on who wrote the text and when the text was published. While the alchemists in the fifteenth century might not have thought Citrinitas was important on its own, we are considering it as a main phase for our class purposes. It's relevant for us to know about it in order to transmute elements using the seven planetary aspects as there are four main steps in celestial transmutation.

In Albedo, you learned to keep an awareness while focused. Citrinitas is the phase when you take those ideas of pure awareness and find your divine light to manifest them in the physical world. This is when you try to clear your mind even when you're going about your day. Your spiritual practices begin to affect your lifestyle and people will begin to notice your divine light shining through. This is where you see some kind of result. Even when transmuting, this is when the physical changes happen to the element. Everything about Citrinitas is physical.

Citrinitas is often represented by the planet Mercury, a gold flower, or a gold rose. Since some alchemists did consider it an intermediate phase, they didn't really associate Citrinitas with a bunch of symbols and it's not found in a lot of texts. There are other phases, such as the Green phase, that stemmed off from the original four phases during the years, but they were never popular enough with alchemists to last throughout time.

Rubedo is the Latin word for “Redness” and it's the final stage of the Great Work. What color is the Philosopher's Stone? If you said red, you are correct! Rubedo was named for the red appearance of the stone, which then started an association with ultimate goals such as the end of the Great Work, or a successful transmutation of lead into gold. In the Albedo stage, the stone would obviously be white. To be complete, the stone needs to be purified and sublimated to the point that matter becomes fixed and stable. This is the end of the journey and only a few alchemists have ever been able to reach this stage.

What exactly does this mean for your spiritual journey? Your divine light that you see in meditation will need to exist even outside of meditation. This will not be easy, as it demands constant attention to one's pure awareness. You have to keep it up when you're going about your day and even when you're asleep. By keeping this constant attention to the pure awareness you experience in meditation, it will eventually become a permanent state. It will be almost second nature and you won’t even have to think about keeping a clear mind. In the midst of this, you find your true nature. That's when you know you have hit the Rubedo state.

Common symbols for Rubedo include the Philosopher's Stone, red sulfur, a red stone, a red elixir, blood, gold, a rose, a phoenix, the sun, a crowned king, and a figure in red robes. Out of all the symbols listed, the phoenix is quite significant in Hermetic alchemy. It symbolizes a new being that has risen out of the ashes. The person's spirit is free from the physical bounds of the body and no longer has to depend on the body as a foundation of their being. It's ready to start anew.

As you may recall from Year Two, each of the four stages have corresponding spells that are used to transmute metals. We will actually learn about transmuting elements in the next lesson and get our hands dirty in the lab. In order to understand the spells, you need to know how the stages fit into the Great Work and have a good grasp on the seven planetary aspects. If I were you, I would go back and review the seven planetary aspects lesson before the next class so your mind will be refreshed and ready.

That's all I have for you today. As always, if you have any questions, don't be afraid to ask. Have fun with your assignments and stay toasty!