Professor Turing and Professor Rogers are talking to each other in front of the class. Behind them, there is a large picture of former DADA professor Remus Lupin. Once the clock hits 10pm, Professor Turing uses a spell to close the classroom door, which quiets the students.

Good evening, everyone, and welcome back to Astronomy! I have heard many positive things about the lesson on Mooncalves, and I hope that the lesson has helped you to think about the ways that Astronomy can affect other disciplines such as Care of Magical Creatures and Herbology.

Today’s class will be very busy, but we will be able to complete everything during our class period. First, we will discuss another cross-subject application of magical Astronomy - werewolves, with which Professor Rogers will assist me. Then, we will be taking our midterm, which covers lessons 1-5. Once you are done with your midterm, you may leave the class.

Werewolves: An Introduction by Professor Rogers

Professor Rogers is ready to talk, so let us get started with the lesson material. Please help me welcome her!

Hello again! It’s wonderful to be back in the Astronomy Tower to talk about the overlap between Transfiguration and Astronomy. Professor Turing has brought me in to discuss werewolves with you today, as they are affected by phases of the moon.

Werewolves are human beings affected by an illness that causes them to transform at each Full Moon. This normally lasts for three days during the month. This form of human transfiguration is completely dependant on the moon, but it’s unknown why exactly the moon triggers it. During this transformation, the human affected loses their normal thought process and is unable to tell friend from enemy. The only way for them to keep their mind is to take the Wolfsbane potion prior to the Full Moon.

These changes are completely non-voluntary. Most people actually hate them, as it is rather painful and unless one can brew the above mentioned potion, it’s very likely they could hurt the ones they care about. It’s considered a burden in most of the wizarding community. It can also cause a lot of problems with people finding jobs. For instance, former DADA Professor Remus Lupin was fired from his post once the parents found out that he was a werewolf.

Thank you for allowing me back into your classroom and I hope you found this informative and helpful! If you have any questions, please feel free to owl me!

Let us all give Professor Rogers a round of applause for her lecture on werewolves. If werewolves and other transfiguration-related topics interest you, please do not hesitate to see her in her office. 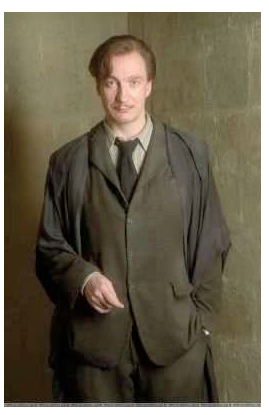 Professor Rogers mentioned that werewolves are humans who have been affected by an illness. This illness is called lycanthropy. The illness itself is highly contagious - whenever saliva from a werewolf in wolf form touches human blood, one can assume that the human has been afflicted with lycanthropy - but the illness itself can only be passed by werewolf saliva. Sitting next to a friend with lycanthropy when she or he is in human form, for example, will not cause the spread of lycanthropy. In fact, besides the scars that may be visible, most people who have been affected by lycanthropy look indistinguishable from most humans. For example, Remus Lupin, taught for almost a year at Hogwarts before the general student body realized that he was a werewolf.

Nevertheless, discrimination against people who have been afflicted by lycanthropy is very real. Lycanthropy is an illness that has no cure, and thus those with lycanthropy will continue to be werewolves for their entire lives. While Potions like Wolfsbane can mitigate the effects of lycanthropy, as Wolfsbane allows werewolves to think as humans during the Full Moon, the werewolf will still transform into a wolf-like form. However, that werewolf will think like a human and thus be able to control their own thoughts just as a human can.

There are still many in the Wizarding World that hold prejudices against werewolves. For example, according to Lupin, there were individuals among the faculty at Hogwarts who were surprised that the then-headmaster, Albus Dumbledore, knowingly hired a werewolf to teach at the school. Others, including parents, were concerned that Lupin was a threat to student safety. This is why - as Ame mentioned - Lupin was let go from his position.

Lupin was one of the many individuals who have been affected by lycanthropy that has, despite the discrimination against those with the illness, chosen to spend their lives doing good for the Wizarding world. Not only was Lupin a former professor at Hogwarts, but he was also a member of the Order of the Phoenix and fought to stop Lord Voldemort during the First and Second Wizarding Wars. He gave his life while defending the Castle during the Battle of Hogwarts in the Second Wizarding War. 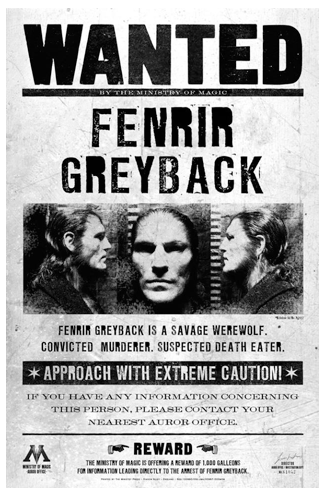 Unfortunately, not all who have been affected by lycanthropy have made positive choices in their lives. Another werewolf participant at the Battle of Hogwarts, Fenrir Greyback, is an example of a werewolf who has chosen to use his abilities to not only terrorize people but also to support evil. Greyback enjoyed turning others - especially children - into werewolves, and he chose to aid the Death Eaters because working for them allowed him more opportunities to infect others. Like non-werewolf Magical people, werewolves in their human forms are capable of making their own decisions, both good and evil.

Lycanthropy and the Moon

Since werewolves are affected in a very visible way during the Full Moon, it is safe to conclude that the very high intensity of the magic from a Full Moon affects those infected with lycanthropy. A person with lycanthropy, even in their human form, will always have it and will always be a werewolf no matter what phase the moon happens to be that night.

However, during a Full Moon, the increased magic that is reflected onto the Earth affects the disease agents that cause lycanthropy by increasing their magical power. The magical agents are powerful enough to counter the body’s desire to remain human, and thus the magical agents transform the mind and body of the human into a wolf-like form. The Wolfsbane Potion helps a werewolf’s mind to resist the mental effects of lycanthropy during the Full Moon, but no potion is currently available to resist the physical effects. Once the Full Moon has passed and the Moon is no longer reflecting an intense amount of magic towards the Earth, the disease agents lose their strength, and thus a werewolf’s mind and body are returned to their human form.

Research on lycanthropy is still ongoing. There are many questions that still need to be answered. What are these disease agents? How do they cause werewolves to change into wolf-like forms? How can we cure lycanthropy? For those more interested in political science, advocacy for werewolves is very needed even today; there are still many who discriminate against all werewolves. Research on lycanthropy, as well as political activism by werewolves and their allies, are two examples of fast-growing Astronomy-related careers in the Wizarding world.

Thank you again for your time. Please take out your anti-cheating quills, as I am now passing out the midterm exams. Good luck, everyone!

The Moon and the moons of the other planets in the solar system.

NOTE - This course will soon be undergoing rewrites. Stay tuned!


If you are interested in being a PA for Astronomy, apply here: https://bit.ly/30kzdEu
Course Prerequisites: