Professor Turing quickly walks across the room, which has been decorated with Athabascan artwork for this lesson, and places heavy folders full of finals on the lecturer’s desk at the front of the room. He is wearing a traditional beaded vest and is carrying a stylized print of a raven. He quickly takes a look at his students, who quiet down after seeing a look of excitement on his face.

Good evening, students, and welcome to the last Astronomy class of Year 2. Today, of course, is the day of the exam, and I trust that you have been preparing diligently. Before the exam, however, we will have a brief lecture. As I have done in Year 1, I like to end the year with an informative but light discussion of various cultural portrayals of the Moon.

Many Muggles love observing the Moon. However, if you call a Muggle a lunatic, prepare for him or her to get mad. Although the Moon is a powerful and gentle force, there was a time when many Muggles believed that the Moon caused people to be extremely irrational. Many Western philosophers and laws use the word “lunatic” to discuss those who are unable to think rationally at a particular moment. While the majority of Muggles do not actually believe that the Moon causes irrationality, this meaning behind the word “lunatic” still remains today.

Moon and Muggle Tales of Magic 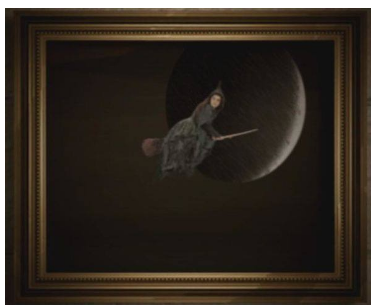 Remember this portrait from the castle? It shows a robed witch flying across the Moon. For many Muggles, this is a stereotypical depiction of witches - black robe, pointy hat, and broomstick. As a Muggle-born, I grew up listening to fairy tales of witches - most of them evil - cackling while casting supposed spells. Ever since the Statute of Secrecy, it seems like the most popular representations of witches in the Muggle world are stereotypes.

By why the Moon? How does the Full Moon tie into the image of a witch? In Chinese, Indian, and Western astrology, of which the basics are known to Muggles, the Moon represents feminine qualities, and thus it is connected to emotions and motherhood. It is interesting to note as well that many Muggle calendars from different civilizations are based on the Moon because the Moon’s phases are regular and easy to observe.

Perhaps the Muggle image of a witch on a broom in front of the Full Moon is a story about certain Muggles’ uncomfortable attitudes around femininity. Even though the stereotypical Muggle depiction of a witch is negative - she is often shown as evil and ugly - she is also shown as powerful and intelligent. Combine it with the idea that the Moon inspires irrationality as well as standing for feminine qualities, the stereotypical Muggle image of a witch could be seen as an attack on feminine power and strength.

During earlier times in human history, many civilizations noticed eclipses but did not have the knowledge to explain why they happened. As such, many civilizations created tales to explain why eclipses happened. In some societies, eclipses are seen as the doing of angry or hungry gods. For example, the Incas saw lunar eclipses as a very bad sign. According to Incan stories, a lunar eclipse occurs when the angry jaguar god munches on the Moon. After he is done, legend suggests that he may come to Earth and munch on its inhabitants as well.

While these stories may seem entertaining and frivolous today, it is important to note that much early astronomical work was done to predict eclipses. Many early advanced societies developed their astronomical knowledge by attempting to predict eclipses. In addition, these eclipses help historians to pinpoint historical events. Since eclipses happen at particular times, they can be used to date events in the past, especially since the people of the past would have noticed the eclipse because eclipses are very noticeable.

The Moon in Creation Tales 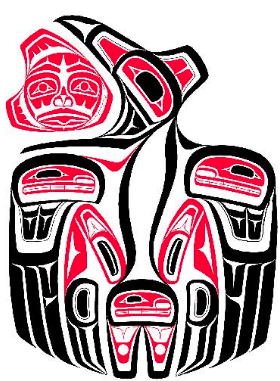 I would like to finish off the year with a special presentation on the Moon in Athabascan creation tales. Many cultures have such tales - stories that describe how the people and the rest of the world were created. In Year 4, we will discuss current Astronomical ideas on how the Earth and life on it were formed. However, that concept is fairly new, but for thousands of years, we had our creation tales.

In Athabascan stories, as well as in traditional tales from other neighboring Alaskan and Northwestern Native American peoples, the entity responsible for creating the world is Raven. Although he is known for his cleverness - he is of the “trickster god” category - he also makes mistakes and has to deal with the consequences. Nevertheless, he is an important character who has used his cunning and ambition to help people.

In one of the traditional stories, Raven used his cunning to retrieve the Sun and the Moon when they became missing. A powerful leader wanted to spoil his daughter, so he took the Sun and the Moon and hung them at his place. This, of course, made the rest of the world pitch black, and people had trouble with their daily lives. Raven, being the pragmatist, initially tried the direct route - he asked the leader for the Sun and the Moon. Of course, the leader said no, so the cunning Raven went to work. 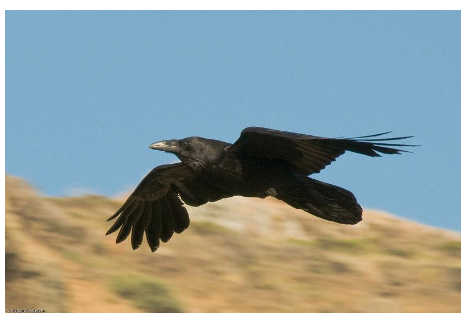 Of course, with Raven being Raven, he did not transform back into his original form immediately. He first waited for the leader to notice what he had done. Once he got the leader’s attention, Raven turned back to his original form and took flight. Ever since, the Sun and Moon were left alone.

It has been an amazing year. I hope you enjoyed learning about Astronomy as much as I enjoyed teaching it. Right now, I will pass out the final; once you are done, you may exit the room.

Congratulations on a job well done. Good luck on the exam, and I will see you next term!

[Please note that the March monthly special will be posting on April 3.]

The Moon and the moons of the other planets in the solar system.

NOTE - This course will soon be undergoing rewrites. Stay tuned!


If you are interested in being a PA for Astronomy, apply here: https://bit.ly/30kzdEu
Course Prerequisites: