First off, congratulations! If you're here, you've made it past the midterms! I hope you all did well, and I hope your other exams weren't too bad either. We're over halfway done with the year now, but that doesn't mean it's time to slack off. The next two weeks will be incredibly in-depth, and will cover a fair chunk of information. Then, before you know it, you'll be sitting for your finals after Lesson Nine! Brace yourselves for the next few weeks.

When studying Africa, many people tend to focus specifically on Egypt, and it’s hard to blame them. Particularly in the pre-classical era, Egypt was a major power, full of the latest (for the time period) magical achievements and studies. The Egyptian Empire also benefited from the fact that they had a very well-organized bureaucracy with a standardized form of writing (hieroglyphics) that helped them keep meticulous records. Couple that with the fact that their culture and traditions formed into a far-reaching empire that lasted for roughly three thousand years, and that leaves historians -- magical and Muggle alike -- with a near-endless amount to study! Indeed, we are still working slowly to uncover many treasures from Egypt today; our curse-breakers and magihistorians have only scratched the surface. 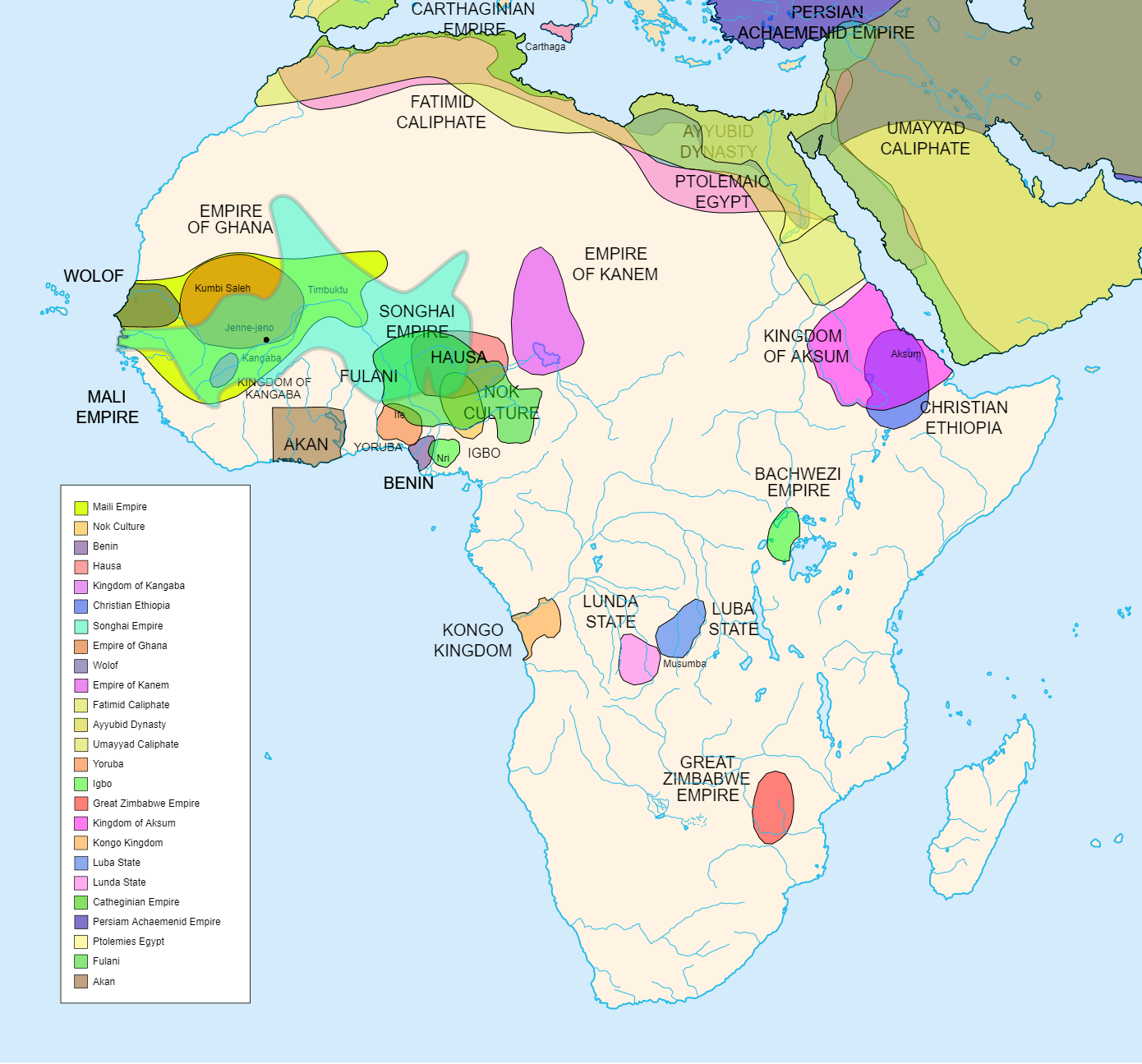 Unfortunately, with all this attention on the wonders of Egypt, many other parts of Africa fall by the wayside. This is often because information about these other various regions of Africa is harder to come by. Either their civilization did not last as long (and records were destroyed in the takeover), there wasn’t as much of an emphasis on formal writing, or there was no trend for record keeping. Or, in some cases, they are just unfortunately overshadowed by Egypt and its mysterious pyramids. Whatever the case, I did want to take a moment to dispel the misconception that Egypt is all there is to African history, especially since I will be contributing to that misconception slightly today.

While many of the still-developing civilizations in other parts of Africa used interesting and wondrous magic, the fact remains that I only have one lesson this year to briefly touch on the highlights. As such, this means that our main focal point for this lesson will be Egyptian use of magic. Never fear, though. Should you have an understandably keen interest in the rest of African history and magic, the topic is given its due in your O.W.L. year of this very same course, a well as being touched upon in many other courses, including Ancient Studies, Alchemy, and Ancient Runes.

There are two major topics to cover when talking about Egypt. First is heka, and second is the use of script-based spellcraft. If you go on to take advanced levels of history and take Mythology, Ancient Studies or stick around for the later years of Ancient Runes, you will most likely be reintroduced to Egypt and potentially delve deeper into these unique magical practices.

Let us start with heka, which is simply what the Egyptians called the concept of magic. The ancient Egyptians believed that heka was a mystical force that created the universe and the gods. Because of this, the Egyptians believed that controlling this substance made one more powerful and, by extension, able to control the gods. Looking at their use of heka, we can see similarities to several other early magical communities. As usual, those who made up the priesthood and higher, more revered, classes were likely to be magical, and they were allowed unrestricted access to practice their art. 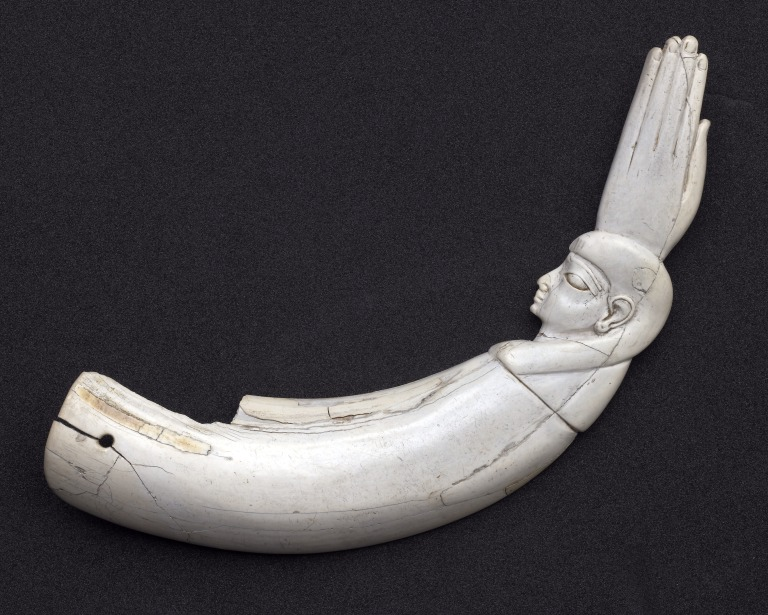 Speaking of practice, if you read up on wandlore, you'll learn that ivory was often included in the various forms of Egyptian foci (the generic name for any tool that allowed witches and wizards to focus their magic) as well as other general magical artifacts. However, for the purposes of this lesson I'll condense the available information. In order to practice heka freely, one had to be "pure." It was a legal requirement for members of the priesthood to carry around objects of ivory (amulets, clappers, etc.) to signify their purity and thus their suitability and ability to command the gods. These amulets were what we would today consider early wands, however they were often circular in shape, and were far less powerful. Luckily, we have the added benefits of wand cores and magical woods to enhance our abilities in today’s modern magical world.

I would like to take a moment and make a quick distinction. The magic of the foci themselves were less powerful, yes, but that says nothing about the magical ability of these individuals.  If any of you keep up with news regarding the excavation of historical artifacts, tombs, and palaces, you’ve likely noticed that such excavations are extremely dangerous. This is due to the potent nature of ancient magic, and the sheer force that ancient witches and wizards used in their spells and other magical expressions. Hieroglyphs are an excellent example of this, and you will see why in just a moment.

Now, before we continue, I’ve invited a special guest to explain the rudiments of script-based spellcraft for you, one of the many types of magic in Egypt. Please give Professor Wessex, our Ancient Runes professor and expert, your full attention.

Thank you, professor, for inviting me today. I am Professor Wessex, the Ancient Runes instructor. It may surprise you to know that hieroglyphics are a topic we cover in my class. But "runes" in the loosest sense simply means "a mark or letter of mysterious or magical significance"  and hieroglyphics undoubtedly fall into this category. As your professor mentioned, the script-based enchantments (from here on, referred to simply as “runes” or “hieroglyphs”) of Egyptian tombs are formidably strong even after 3,000 to 5,000 years have passed. How is this possible with the Egyptians' subpar ivory wands?

When using both traditional Scandinavian runes and hieroglyphics, the power of the runes has little to do with the power of the individual casting the spell or their wand. Instead, the ability to concentrate and the inherent power of the runes comes into play. Now, as you have not yet taken my class, you are not aware of this, but runic magic (or indeed any script imbued with an enchantment) is incredibly potent and remarkably long-lasting. The reasons for this are numerous. 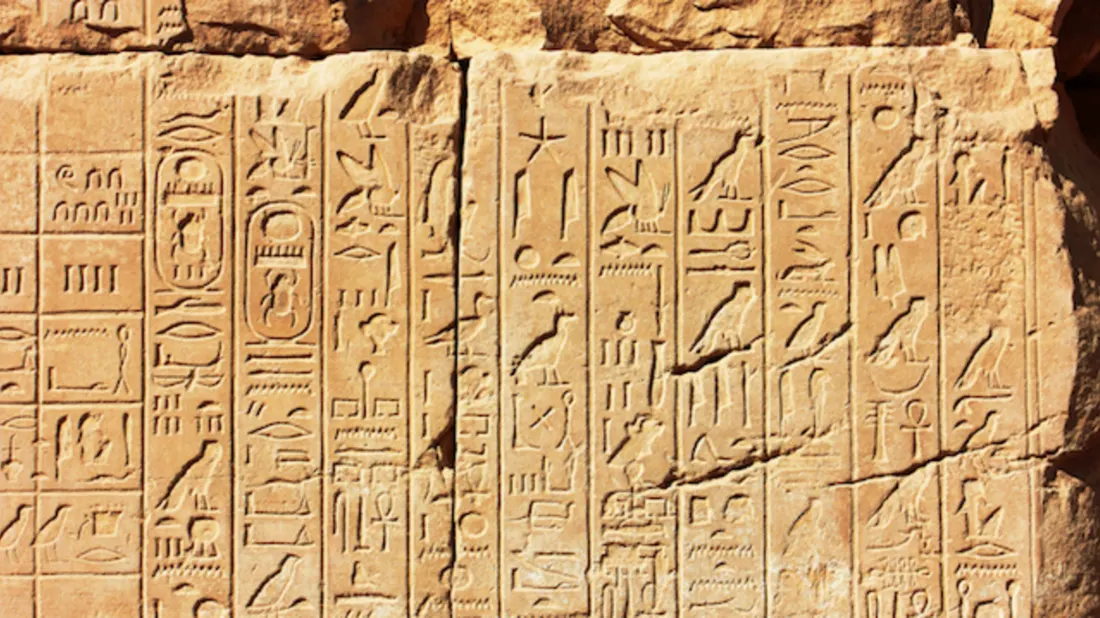 Firstly, when dealing with runes, one must remember that the whole is greater than the sum of its parts. What this means is when combined with each other, runes reinforce themselves and complement each other in the enchantment. Moreover, items that are inscribed with activated runes and then enchanted with further, complementary spells enhance their own effects. Lastly, runic magic is different from a traditional charm's effects. It does not fade; once enchanted, the runic magic is permanent. That does not mean it is impossible to lift, however. Other spells can disrupt them, they can be purposefully deactivated, the object upon which the runes are inscribed could be destroyed, etc -- but they do not weaken on their own.1

But, I will not go on all morning. Should the secrets of powerful ancient magicks interest you, you’ll have your chance to explore them in your Second Year. For now, I turn you over to your professor to conclude your discussion of Africa.

Thank you for joining us, Professor Wessex, and giving us insight into the realm of runes. For my future magihistorians here, I would highly suggest attending her class. Now, moving on! Secrecy is the next component to Egyptian magic we'll be discussing, as it played a large role in the development of Egyptain magical practices. However, Egypt is not alone in this. Many north African, eastern, and Middle Eastern countries were very secretive with their magical practices for many years, viewing it as sacred and cherished.

One example of the levels of secrecy in ancient Egyptian magical practices is that priests developed a system of words that went along with rituals which were passed down from master to apprentice. These rituals were recorded, but these writings were often very vague, leaving it to the imagination to fill in the blanks. During this time if you were a priest and you were particularly good at healing eyesight, you might create a book with rituals and spells related to your craft so that you might perfect it and pass it down to an apprentice. So, you would want it detailed enough for your apprentice to understand and use as a reference, but vague enough so that if a competing priest found your book, they wouldn't be able to use it. 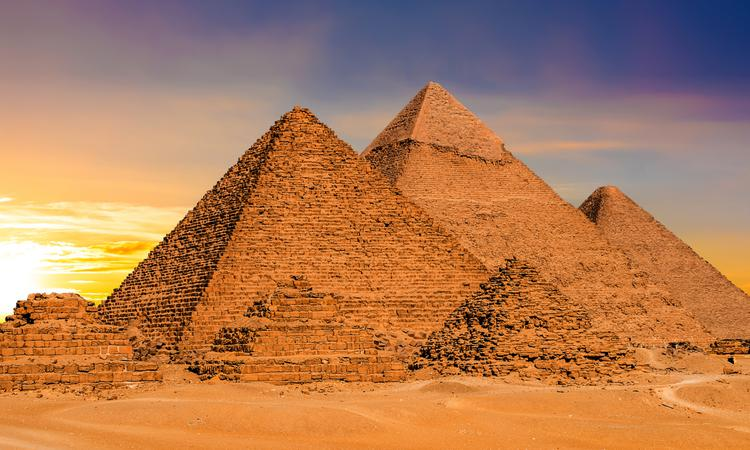 Now, if I were to ask you what the most dangerous magical profession was, many of you would likely supply dragon taming, nundu wrestling, tracking down dangerous wizards as an auror, or creating new potions and spells. All of these are undoubtedly quite risky businesses, but there’s one among them that may not occur to you because of its associations with old musty books and dusty tombs: curse-breaking. Curse-breakers are some of the bravest historians, going out into the field (or desert, or underwater palace) and putting their lives on the line to test theories and retrieve important artifacts. They have also discovered many secrets of ancient wizardkind that have led to the development of better modern magic. It's an interesting career path that requires a lot of study but is very rewarding. The Egyptian curse-breakers are known in their native language as Maheka-Lala and are trained for five years post Hogwarts study to prepare for this role. Several of my previous students who enjoyed archaeological and defensive magic have gone down this path and found it very rewarding. Because of Egypt's importance and long history of magic use, many curse-breakers spend their whole career searching through Egyptian dunes, tombs, and deserts.

However, despite Egypt’s importance and power, it eventually crumbled, like any empire, dynasty, or government eventually does. It was taken over by another mighty historical power that you’ll learn a lot about: the Greeks. They, in turn, were taken over by the Romans, and we begin to leave ancient history behind, meaning we are approaching the end of our educational journey for today. Before we move on, however, there is one quite interesting (and far-reaching) effect of these shifts in power. Roughly around 500 CE, during which time the Roman Empire was largely in control, magical persons from all over the Western world gathered in Constantinople for what we retroactively call the “International Summit of Magical Communication.” Here it was decided that the common spell-casting language (and thus the language used for many new spells developed after this point) would be Latin. This decision was largely affected by the power and influence of the Roman Empire at the time (whose citizens spoke Latin) among other factors. Naturally, this led to a decrease in the use of Egyptian spells (as well as others from many languages and civilizations), though the practice did not stop entirely.The picture below shows a drawing of that summit, or at least the closest representation we have.

That's all for this week's lesson on Africa. To ease you back into assignments after your mid-term, you have a short quiz on the lesson content as well as some of the finer points of the guest lecture. However, do take the time to revise your notes for the upcoming finals. They’ll be here sooner than you think!

History of Magic 101 is a basic introduction to the history of the wizarding world. Topics covered include the various theories on the origins of magic, the Olmec and Clovis people, ancient Egyptian priests, and more. Students will work to understand larger topics in history and connect major events to people, places, and their own lives.
Enroll
Hogwarts is Here © 2022
HogwartsIsHere.com was made for fans, by fans, and is not endorsed or supported directly or indirectly with Warner Bros. Entertainment, JK Rowling, Wizarding World Digital, or any of the official Harry Potter trademark/right holders.
Powered by minerva-b