Ah, there you are, running a little late are we? Sit down, sit down, we have much to talk about over the course of this lesson! Lately we’ve been discussing the history of ancient Africa, an important topic since much of the magical growth on this continent comes from those of magical lineages and cities built by witches and wizards. However, as I’m sure you remember from earlier years and perhaps from other classes, religions also often have a large deal of magical influence on a country and its people.

Africa’s religions make up some of the most diverse cultural differences in the population since these religions change depending upon one’s geographical placement! Today, we will be looking at the religions that contained magical influence all across the African continent. As the wise man says, it’s always best to start in the middle! Actually, no wise man said that, but it sounds good, yes? I’m kidding, now, enough goofing around, let’s get to it. 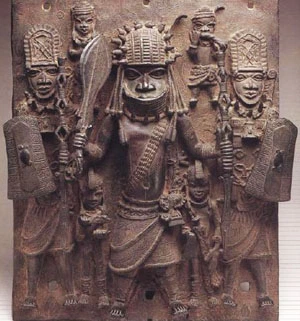 This religion began primarily with the Dinka people, an ethnic group found in Southern Sudan, but later spread throughout much of Central Africa. It is focused primarily around their pantheon, the most important being the supreme creator god, Nhialic, who is believed to be present in all of creation. He has many names including, Jaak, Juong, or Dynakin and is considered the ruler of the sky, rains, and the master of spirits.  Other primary gods of the Dinka religion include Dengit, the sky god of rain and fertility who was given her power by Nhialic. The Dinka people considered Dengit to be the daughter of Nhialic and Abuk, Dengit’s mother, which is how she obtained power over the sky, similar to her father. Abuk is the patron goddess of gardening and all women, represented by a snake. Finally we have Garang, a god many of the Dinka believed is suppressed by Dengit. Due to this, Garang takes out his revenge upon those who serve Dengit by releasing malicious spirits that can cause women a number of issues, including, but not limited to fertility issues, hallucinations, and even death.

How is any of this magical? The Dinka religion is actually one of the most magically influenced religions in Central Africa. Any individual that is found to have powers similar to any of the Dinka gods is hailed as a messenger of the individual gods. Many witches who had the gift of Parseltongue were hailed as messengers of Abuk and often called upon to care for gardens surrounding the Dinka villages and asked to perform readings upon snake entrails. Magical historians today believe that the witches and who were associated with this god were often skilled in herbology, divination, and the art of healing.

Men who had the gift of Parseltongue pulled the short stick when it came to this religion because they were often associated with Garang and seen in a very negative light. It was often believed that these men cast curses on women during the night or manipulated venomous snakes to venture into women's homes, bite them, and kill them. Thankfully, not all wizards are associated with Garang. Those who excelled in Charms and Defense against the Dark Arts were typically seen as messengers of Nhialic. One of the primary ways a child was found to be a messenger was when they were first discovering magic and accidentally levitated items in the villages. These wizards were tasked with protection of the villages, often setting up magical barriers to protect the Dinka people from attacks. 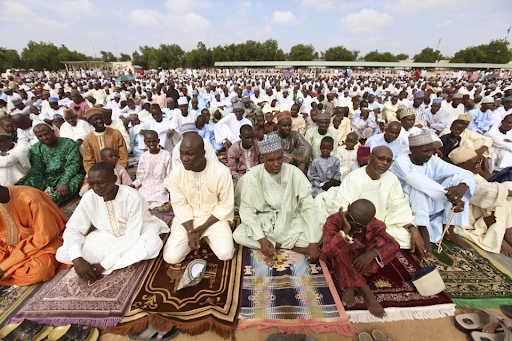 We don’t know much about this religion despite the Hausa people being one of the largest ethnic groups in Central Africa. However, we do know a little thanks to the journal of Aisha Multui Haban, a priestess of this religion who lived from 1271 to 1312. From her journal we know that Hausa animism is a religion of the Hausa people that deals primarily with spirit possession, but, in reality, it was not usually spirit possession, but rather witches and wizards with the inability to control their powers or wizards performing magic that led people to believe they were possessed by spirits.

It was actually due to this religion that some of the wizarding communities in Central and West Africa were formed. The priests and priestesses of this religion grew very powerful and those with magic became influential among the people. This led to a war among the religious leaders and conflict between many witches and wizards. Some took to making poisonous and psychological potions including the Alihotsy Draught, Essence of Insanity, Bloodroot and Moonseed poisons and giving them to the Muggle religious leaders to show that they were better equipped to handle the religious needs of the people. These manipulative methods were not accepted among all of the magical community and some removed themselves from their positions and formed small units that grew into wizarding villages.  Aisha Haban was one of the priestesses who decided to stay and secretly work against those who were brewing potions to harm the Muggle leaders, as we can see from an entry in her journal.

“It is a sad day when the leaders of our magical community feel the need to become superior to those we have vowed to protect. I do not agree with their methods, nor their ideals, but I refuse to leave our followers to those possessed with evil minds and intentions. While others leave, I shall remain behind to right the wrong our people have begun.”

The last entry in her journal dates back to the year of 1312, where she talks about the riots that had broken out amongst their people. There is still a severe lack of evidence as to what happened to her and many followers of this religion, but magical historians believe that many of the religious leaders were killed and people began to leave the faith. 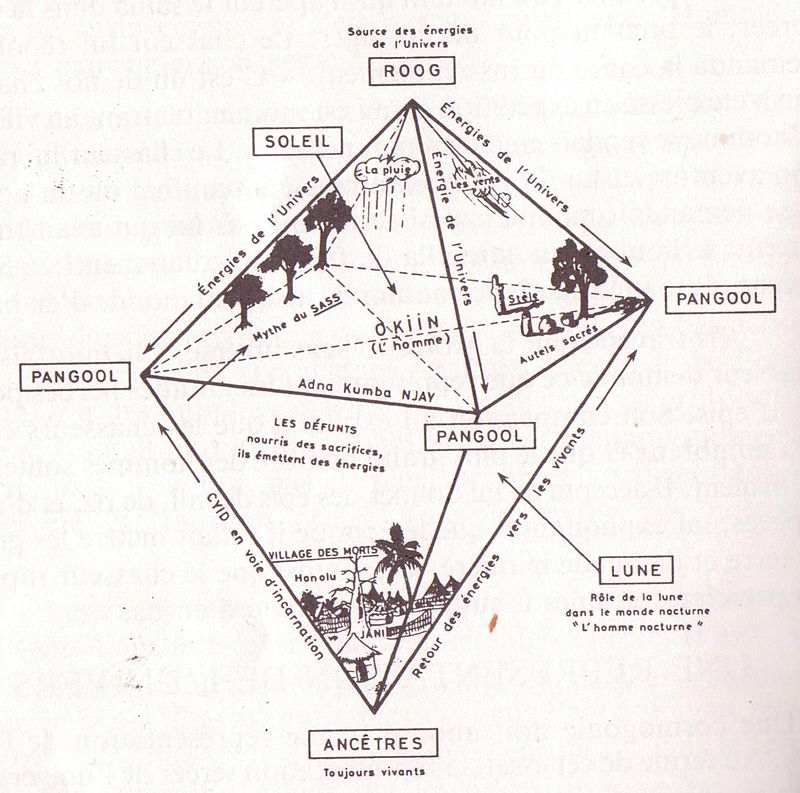 Located primarily in Western Africa, the Serer religion holds a number of beliefs and practices encompassing magic such as ancient chants and poems, but focused on astronomy and cosmology. The Serer believe in a supreme deity, Roog, who is known as the “Merciful God.” Despite his name, Roog is neither good nor evil, but simply the lord of all.  While many of the other gods from this religion were only accessible through priests and priestesses, Roog was unique in that he was always watching and available to his followers, no matter their status. Now, Roog was not a real man, but he had a son named Roog Sene who was the leader of Roog’s assistants in the human realm. Can you guess what is coming next? That’s right, many of these assistants were witches and wizards who were mistaken for gods and goddesses because of their magical abilities. Reincarnation was also a large part of this religion and many followers believed that those witches and wizards were actually reincarnations of the truest followers of Roog who had been brought back to serve his purpose on Earth.

I mentioned cosmology being a large part of this religion and so it was. However, many of the stars were read by witches and wizards well versed in the art of divination.  The most important cosmological star for the Serers is called Yoonir and is the brightest star in the night sky. It was this star that many of the diviners would look at to determine when the flooding seasons would begin and instruct farmers when to plant and harvest their crops. The witches and wizards who were known for their divinatory skills were known as the Saltigue and performed divinatory ceremonies every summer solstice where they predicted the course of the winter months and many times plagues or illnesses that would befall the villages.

The Serer religion has lost much of its popularity in modern days, but if you travel to some of the smaller villages in Western Africa you will find some people who still practice this religion. In fact, during one of my trips to Kwinella, a small village in Gambia, I came across a church still dedicated to this religious sect that was run by a fellow wizard who had pronounced himself a reincarnation of a lesser known god. After speaking to him for a fair amount of time, I learned that he had been born and raised here by his family and was part of a long line of males who were messengers from the gods. So, as you can see, some cultures and religions never change.

Many traditional African religions, including the magical ones we discussed today, have undergone significant persecution from different ideologies, primarily Christianity and Islam.  Many followers of the pagan African traditions were forced to convert through a number of violent methods including massacres, wars, and the destruction of temples and statues.

Islam was spread throughout Africa due to conquest, although rather than completely destroying all African religions, Islam often found a way to keep some traditions while enforcing their monotheistic worldview upon the people. We have already learned of one such Muslim reformer, Emperor Askim Muhammad from the Songhai Empire. Now, many African religions, including those in the magical communities, are tolerant of other gods, which allows for the coexistence of multiple religions. This may seem beneficial for a number of reasons, but this proved to be more of a danger to witches and wizards than many people expected. Due to their monotheistic way of thinking, many of our kind who had been on the god or goddess pedestal were forced down, and their reputations were ruined as they were killed, showing their mortal nature.

Unfortunately, the Islamic religion was not the only one guilty of persecution. While some Islamic leaders showed acceptance of traditional African religions the same could not be said of some Christians, who were completely against the witchcraft-like traditions of most African religions. Taking it upon themselves, Christians extinguished the customs and traditions of these people by destroying shrines and killing sacred animals.  Even in an attempt to do good, many African religions underwent persecutions by Christian missionaries who called the followers “devil’s agents”, which led to murders among wizards, who were often the ones performing this so-called devil worship, and Muggles who were often wrongly accused of participating.

This widespread persecution led to a dark time in Africa for the wizarding world and caused many people to go into hiding. In turn, these groups formed wizarding villages where they knew they would be safe from the Muggles and other religious persecution, which we will talk about next week.

Alright, I think I’ve shoved as much as I can into our limited time! I hope you’ve enjoyed learning about some religions that perhaps you weren’t aware of before. You have one required assignment along with a more entertaining essay if you care to pursue it. I will see you next week!