2. If you have any questions about the course content, please reach out to any Professor's Assistant for Potions 401. A list of current PAs can be found on the right side of this page.

4. Suggestions, compliments and constructive criticism about the course are always appreciated. If you have any comments about Potions 401, please send an owl to Professor Draekon. 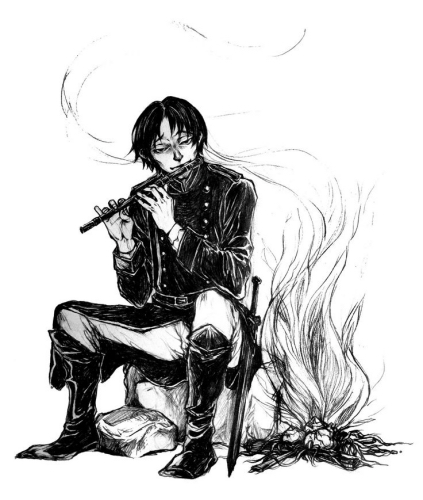 What is wit? Is there a difference between wit, smartness, and intelligence? Many conflate being learned with having wit, while others confuse wittiness with simple funniness. However, this doesn’t get at the core of what makes a person “witty”. Wit implies both an aptitude to learn as well as a creative capacity to use and manipulate that information quickly for a desired outcome. This can include adapting quickly in an ongoing situation or just being quick with turn of phrase. This combination of capacity to learn, apply that knowledge and do so quickly has made being witty attractive. Increased wit can allow professional problem-solvers, such as Aurors, to navigate an issue more quickly; it can also allow the less popular coworker to increase her or his effectiveness in becoming the life of the office Christmas party.

Moving on, what then makes a person intelligent? Believe it or not, this is something that hasn’t been pinpointed in the magical or the Muggle community. Scientists and psychologists argue whether or not intelligence is tied to a part of a person’s personality or whether it’s connected to another aspect of their being. Many use the intelligence quotient (IQ), a standard quantitative test that many of you may have taken in school or elsewhere, as an objective measure of a person’s intelligence. However, there are problems with this test in relation to social and cultural bias, capability of the test-taker to formulate written response and other issues of alternate abstraction of thought. Generally speaking for the purpose of this lesson, intelligence is a person’s ability to relatively quickly reason, learn, think abstractly, apply concepts and plan with given knowledge. In many ways, it is the foundation of wit, while wit takes intelligence and incorporates personality and application of learning and reason.

Thus, in order to connect the concept to something we learned about earlier this year, if you’re familiar with word analogies: intelligence is to wit as strength is to endurance, at least in the scheme of potions. While intelligence potions primarily increase memory functions and may increase the speed at which an individual might read, interpret and process information, wit-sharpening potions also add an element of creativity and also free up certain inhibitions in terms of behavior.

At this point, the potion will be a mustard yellow color, emitting a licorice scent. No steam is produced.

At this point, the potion will be a deep red liquid emitting light yellow fumes, but no sparks. Its smell is quite similar to roast chicken.

At this point, the potion will be violet, emitting a moldy wood scent. No steam is produced.

At this point, the potion will be a pale purple liquid emitting golden fumes and a mothball scent.

At this point, the potion will be muddy green with pink fumes. A musty peppermint smell is produced.

Your final product must be violet and emit both orange steam and yellow sparks. The Wit-Sharpening Potion must smell like a combination of tangy cumin and pepper.

The potion should be allowed to mature in a room temperature environment in direct light for 3 to 5 days. Longer maturation will give the potion greater potency, but more than 5 days of maturation will make it too powerful and unfit for wizard consumption.

Following at least 3 days of maturation, the potion should be stored in a room temperature or slightly warmer environment out of direct light (although dark is not necessary). It can be stored safely for up to 6 months.

The Wit-Sharpening Potion should only be taken under the guidance of a trained Potioneer or Healer. Typical prescriptions for the potion will include 15 mL being taken every 2 to 3 days. However, in the case of medical prescription of the potion, it may be given in up to 45 mL each day for up to 30 days in a row.

Please note that this potion contains infusion of St. John’s Wort. While in most cases, when used in a potion, it has proven harmless, care should still be taken when those diagnosed with bipolar personality disorder take the potion. Those who are diagnosed as such are discouraged from taking supplements and potions with St. John’s Wort unless overseen by a Healer, as this herb can exacerbate and promote manic episodes.

Overdose on the Wit-Sharpening Potion can lead to dementia and other permanent forms of brain damage. This is a result of the brain’s functions working too quickly without the proper support, thus “burning out” the brain in a sense. Those who are pregnant or who plan on becoming pregnant while taking the Wit-Sharpening Potion should not do so, as it can have severe mental and neurological impacts on the fetus.

Side effects of the Wit-Sharpening Potion include irregular heartbeats, difficulty performing some spells, tingling in the fingers and toes, raised body temperature and dry mouth.

The potion should never be consumed after six months time, since expired Wit-Sharpening Potion can lead to lost memory, confusion and permanent incapacitation. In some cases, it has even led to coma, vegetative state and full loss of functioning.

Allergies to the Wit-Sharpening Potion are rare, but they can include itching of the nose and mouth, trouble breathing and splotchy green spots on the hands, feet and other extremities. Should this occur, stop use and consult with a Healer immediately, as they can lead to more severe complications. Complications after long-term allergic reaction can include permanent memory loss, fatigue, and muscle deterioration. 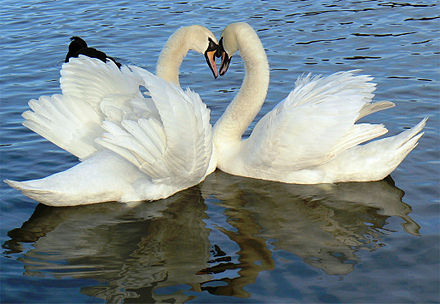 The hamsa (हंस), occasionally romanized as hansa, is a magical bird known informally in the magical world as the Indian Swan. It is formally known as Anser prudens, a member of the goose family and close kin to the Bar-headed goose. These birds are not uncommon in the Asia-Pacific region of the world, but their physical resemblance to certain Asian swan breeds makes them undetectable to Muggle bird-watchers and environmentalists.

In Muggle tradition, the hamsa is a bird that is able to perform seemingly impossible feats, such as separate milk from water when the two are mixed. It is associated with creative knowledge, and in Hinduism it is the vahana (or bearer) of the Hindu goddess of creativity and knowledge and her husband, who is imbued with powers of creation.

In magical tradition, the bird is associated less with book learning or formal knowledge, but as a creature whose anatomy can make varied potions promoting quick creativity and problem-solving acumen. For instance, we use the feathers in the Wit-Sharpening Potion: instead of improving an individual’s intellectual ability, the feathers contribute to the creativity and nimbleness of the user’s thoughts, making them better able to problem solve.

The feet of the hamsa are occasionally dried and crushed into an expensive powder in the apothecary, and well-to-do artists and other creative individuals have been known to occasionally use them in creativity potions. While some argue that crushed hamsa foot in a concoction is no different from fairy wings, others say that the creativity that it unlocks is an unfair advantage, as well as a most dangerous edge in the long run. Some have reported that witches and wizards who they have known to take too much powdered hamsa foot in concoctions have ultimately gone completely mad. Research of the ingredient suggests that, while powdered hamsa foot cannot cause madness on its own, it does tend to trigger other psychological proclivities towards hallucinations, delusions, and other unfavorable symptoms. There are also many who oppose the killing of these beautiful creatures for a risky creative edge.

While the feet of the hamsa obviously should not be harvested from the bird while it is alive, potioneers should only use feathers in potions that have been shed naturally from a living hamsa. Research is ongoing as to why these feathers are effective while those collected from a (naturally or unnaturally) deceased bird are not. Many have suggested that the energetic trauma that accompanies death disrupts the effectiveness of the feathers of the bird, blocking the flow of magic to them in a way yet not understood and rendering them useless. As the hamsa is a protected bird, however, direct research may not be done on these creatures, but only on other magical creatures that exhibit the same trends.

Practical Note: Maturation
As a practical note to this lesson, I’d like to return to the concept of maturation. You may notice that, while the Estimated Brew Times of a potion vary depending on the cauldron used, the additional time added in the Total Brew Time listed does not change depending on the cauldron. This is a relatively new phenomenon in brewing annotation, as until fairly recently, witches and wizards used to allow their potions to mature in the original cauldron in which they were brewed.

As soon as the active brewing process is finished, we siphon the contents into a phial and store that phial in the appropriate temperature and light to mature. The phial is sealed as though it were ready to be labeled and stored in a potions closet or storage cabinet. Before the twentieth century, however, this was not common at all. In 1903, after noticing several potions that required maturation going terribly wrong during a period of extreme drought, South African witch Lesedi Sinistra began examining the final discarded potions. Not only did she discover dust in most of the spoiled contents of each cauldron, she also saw a great deal of sand and other contaminants.

As an experiment, Sinistra began asking that potioneers brew double the amount of the potion they planned to store - one half would mature in the cauldron and the other would be siphoned and matured in the same temperature and light right next to the cauldron. The contents would then be examined after the maturation period. The experiment yielded two key observations:

This study enabled the average witch or wizard not only to improve the efficiency of their home brewing, but it also cut down the average maturation time of their potion by a full half day. This was an unexpected side effect of the experiment, but as you begin your journey as young potioneers (for those who do), you will find that in most studies, you will likely experience unintended results that improve knowledge of potions overall.

And this practical note takes us to the end of Lesson Seven. I hope you experienced success with your Wit-Sharpening Potion. I’m looking forward to seeing how it improves your performance on the final and beyond. Next week, we’ll be talking about stress and stress-management, as well as brewing the Draught of Peace. So if you’re beginning to feel tense about finals, never fear.

In Year Four of Potions, students will focus on Physical Modifying Potions. This will include beauty, blemish removal, and even the famous Polyjuice Potion. Every lesson will include a lab exercise that will teach the student the relationship between potions and their impact on the physical body.
Course Prerequisites: