2. If you have any questions about the course content, please reach out to any Professor's Assistant for Potions 401. A list of current PAs can be found on the right side of this page.

4. Suggestions, compliments and constructive criticism about the course are always appreciated. If you have any comments about Potions 401, please send an owl to Professor Draekon.

Lesson 9) You're Charming And You're Gentle (Charisma Serum, Final) 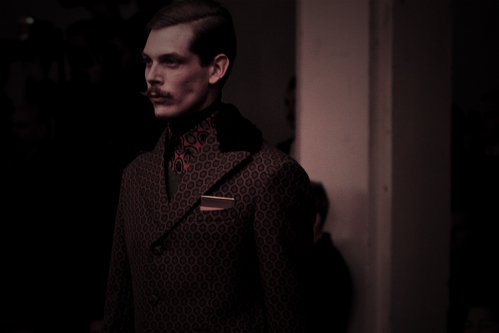 Professor Draekon enters the room, but something seems to be different about him. You suddenly realize that, instead of wearing his typical style of clothing, the Professor is using an elegant suit and black tie. A portrait behind his desk echoes the same style and elegance, albeit in a more old-fashioned way - as if that person represented what a fashion model would look like in the 1950s.

"Fashion is ever-changing, but that does not mean we cannot use it to our advantage in the present. The way we look and act can make others believe that they see what is inside our minds, and it is for that reason that perceptions can clearly alter behaviors in ways that we do not expect or even intend. Today we are going to talk about one of such changes - charisma - and how this is not only an intrinsic phenomenon, but also a result of the perception of others on us; it is for that reason that I urge you to analyze how a simple difference in clothing style impacted your perceptions of me today."

I will try to make this lesson quick, although we will be going over one more recipe and a few concepts before you delve into the final. Today we will be discussing charisma. This is a relatively complex potion in terms of its effects, combining numerous qualities we discussed this year in class.

Most simply, charisma is a quality that makes a person attractive to another based on a number of factors. Charismatic people are most often known for their witty personality or their quick turn of phrase in conversation. However, most truly charismatic people are not just “witty”. They are usually described as physically attractive in some way (even if it’s sometimes in an unconventional way), and people find themselves “drawn” to them, often for inexplicable reasons. Some of it may be attributed to pheromones, as we discussed previously, but the elements of personality are also crucial. Thus, much in the same way the Girding Potion impacts multiple aspects giving some increased endurance, the Charisma Serum works on many levels, acting as a beauty potion, a mild attraction potion, a confidence potion, and a wit-sharpening potion at once.

As you might imagine, one cannot simply combine ingredients that have different effects without first knowing how they would interact with one another. In fact, in certain combinations, ingredients can have entirely different positive or negative effects than they have on their own. Such delicate interactions make researching complex potions like this, especially ones that impact personality and behavior, rather difficult.

These potions can also be a little difficult to brew properly. However, after the potions you’ve brewed this year, I have faith in all of you. Still, if you don’t brew it quite right the first time, remember that practice makes perfect. Do your best.

At this point, the potion will be a pale orange liquid emitting yellow fumes that smell like eucalyptus.

At this point, the potion will be deep red with violet steam peppered by gold sparks. A camomile smell is produced.

Your final product must be lavender and emit both pale pink steam and silver sparks. The smell of this potion will vary depending on the individual. It will generally smell like something that is pleasing to the person, or something that will make them feel confident and at-ease. The taste also varies, although it usually tastes somewhere between Earl Gray Tea and hot chocolate.

The Charisma Serum lasts up to three days. It can be stored in average light at room temperature.

Up to 250 mL of the Charisma Serum may be safely taken at one time. The potion should be taken on its own from a clean cup or goblet. Upon imbibing the potion, the user will typically feel a brief euphoria for approximately 5 minutes before they will become calm and confident. The Charisma Serum will typically last between 5 and 6 hours.

Witches and wizards using the Charisma Serum should not imbibe alcohol for at least 45 minutes after consuming the potion. Alcohol has been known to cause dizziness, shortness of breath and loss of short-term memory. Those who are pregnant or may become pregnant should not imbibe the potion, as it can cause long-term neurological and biochemical effects.

History Notes
The Charisma Serum is a Peregrin Tugwood original recipe first brewed by the wizard in 1955. Although the wizard himself never experienced any issues with self-esteem or charm, being one of the most flamboyant and social wizards of his time, he was often asked by less gregarious friends the secret to his charm and affability. While Tugwood could not brew up his own personality and sell it, he decided to do a little bit of research into a potion that would make others more charismatic and likable. Tugwood’s first batches were distributed to friends and colleagues free of charge - he was, after all, a genuinely kind and likable person - and he eventually sold the recipe to Rubens Winikus and Company, Inc., the commercial potions company based in London.

As a follow-up note regarding the taste of the potion, tea and hot chocolate were Tugwood’s favorite beverages. While most practical potioneers do not pay too much attention to the taste of their potions, as long as it’s palatable and achieves the proper effect, the few potions that Tugwood created himself were remarkably precise in their taste, smell, color and character. Some have suggested that he was a potioneer far greater than his reputation, though very few original recipes of his have been recorded (the Charisma Serum being the only one present in his book). 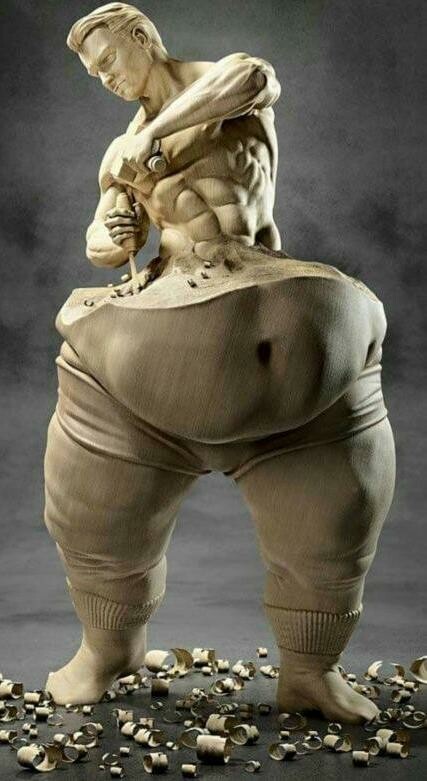 As a final note on physical potions before you take your final, I wanted to briefly discuss some ongoing experimental potions research. While we’ve discussed potions that help one lose weight or build muscle mass and endurance more easily, there are beauty potion companies that are looking into complicated potions that do a combination of all-around body modification and “improvement”. These potions - most often known as body sculpting potions - are highly volatile and dangerous, however, and can even gradually change a person’s natural body type. As you have learned over the past four years of potions, the human body is designed to maintain balance. Thus, a person’s natural body shape is usually in line with its other functions, including muscle, circulatory, metabolism and other qualities. The largest peril when changing the shape of an individual’s body unnaturally is that all of these systems can become disturbed. Some of these body sculpting potions have thus led to pretty severe side effects, including blood clots, heart attack and stroke, as well as behavioral and psychological disturbances.

So, if there are such monstrous side effects and potential outcomes, why continue researching body-sculpting potions? Well, as with many potions, researchers have discovered and surmised additional uses for this type of potion. While they were initially investigated entirely for cosmetic purposes, some medical potioneers surmise that the knowledge could also be used to fix painful abnormalities or birth defects that impact mobility, including scoliosis, which is a condition in which there’s an abnormal curve in the spine that can either be minor and relatively unnoticed or can cause tremendous pain and difficulty moving. Thus, although the potion was originally studied as a luxury potion, the research could improve and even save lives.

With that, we conclude Year Four of Potions! It’s been my honor to teach you, and I’m looking forward to next year. By way of preview, in Year Five, we will be delving into psychological potions, including some of the brews I know you have been looking forward to - such as Amortentia and Felix Felicis.

I wish you luck in your studies, and have a wonderful break. I’m also looking forward to reading your Potioneer’s Log and the second part of your Potions Thesis, for those undertaking that project.

In Year Four of Potions, students will focus on Physical Modifying Potions. This will include beauty, blemish removal, and even the famous Polyjuice Potion. Every lesson will include a lab exercise that will teach the student the relationship between potions and their impact on the physical body.
Course Prerequisites: