Lesson 7) Back to the Start (Ingredients: Magical, Mundane, and Transitional)

Today we will be studying three different types of ingredients: magical, mundane, and transitional. This may seem a simple topic, but it’s important to recognize the difference between the three categorizations, though all three broadly encompass a range of animal, plant, and mineral ingredients. Transitional ingredients are particularly fascinating, as we still have more to discover about their hidden properties and composition. Let’s dive in, shall we?

Heads on Science Apart (Magical Ingredients)
Magical ingredients, as the name suggests, are ingredients already imbued with magical properties in their natural state. We actually discussed many magical ingredients last lesson, as all parts of dragons, independent of other sources of magic, contain intense concentrations of magic. If you were to use dragon blood, dragon claws, or dragon horn, for example, you would be utilizing a substance that created a magical effect whether or not you added charms, potions, or other magical methods. As we discussed in the beginning of the lesson as well as the beginning of this year, Muggles are quite often intolerant to these ingredients in their natural state, and magical potions should never be administered to Muggles. 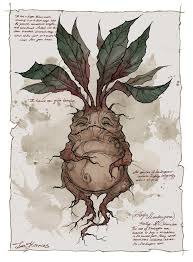 Quite often these ingredients derive from magical creatures, although there are also many plants that possess their own inherent magical properties. Take for example the Mandrake, which you might have heard about before. While this magical plant may resemble a beast for its hazardous ability to make noise, the Mandrake is indeed of the Kingdom Plantae (a biological differentiation from fungi, animals, single celled organisms, and other non-plant forms of life). Despite the dangers that arise from repotting this plant, it has very useful qualities, particularly for strong antidotes to poison.

You will find that magical ingredients are often much faster in taking effect than mundane pills or creams. This is not simply an inexplicable side effect of magic, but rather because the ingredients’ magical properties tend to temporarily speed up metabolic reactions within the body. Metabolism refers to the processes that the body utilizes to release energy that is used to sustain life and grow, often from consumed food, as well as eliminate remaining waste products from the body. Most often, your body will break down these nutrients at a fairly steady rate, although this rate varies based on the individual. However, it has been found that the consumption or application of magical ingredients often provides a catalyst and speeds up this rate of metabolic consumption until the magical ingredient has been absorbed into the bloodstream. A catalyst is defined as something which speeds the rate of a chemical reaction.

While the effects of magical ingredients are also inherently more intense than those of the mundane, this increased absorption and processing of the ingredient also contributes to magical ingredients, and potions utilizing them, having a much more intense effect than mundane ingredients. Imagine a “time delay” capsule, for example. This pill releases a certain amount of a medication or cure every thirty minutes. Thus, the impact of the medication is gradual and somewhat mild. Now imagine you added an element to the pill that would make it disperse all of the medication at once. The impact would be drastic, and both effects and side effects would be felt much more intensely. Often, even when utilizing the healing effects of mundane ingredients, adding a magical one will provide this jolt. On the one hand, the increasing of positive effects and decreasing of negative ones will happen much more quickly, but this rapid shift can be fairly brutal on the body. This is also why the very young, very old, pregnant, and those with otherwise weakened immune systems are often discouraged from taking potions without consulting a healer.

Pulling Your Puzzles Apart (Mundane Ingredients)
The magical community is often hesitant to give appropriate praise to the mundane, be it the study of science, the cultivation of the land, or the application of non-magical ingredients in cures or potions. However, mundane ingredients provide a biologically gentler alternative for those who care to avoid the harsh impact that magical ingredients so often cause. Take, for example, a stomach ache. There are powerful potions that will remove stomach aches, nausea, or cramps in a matter of minutes. However, many of these potions, if used over long periods of time, can have permanent effects on the digestive system, and in the long term can weaken the stomach. It’s possible that this comes as a result of the body beginning to rely too much on the potion for proper digestion and losing the ability to operate on its own.

In contrast, ginger, a mundane root, can relieve digestive inflammation as well as ease motion sickness. It does not have the drastic effects of a potion, and would not cure extreme stomach ailments, but it is also mild enough to drink in tea every day if one chooses. Another positive point is that young children can take it, and it’s exceedingly rare to have a ginger allergy. Also, unlike many stomach curing potions, which taste rather unpleasant and must have mundane items added when brewing in order to make them stomachable (so to speak), ginger candies are often delicious on their own. 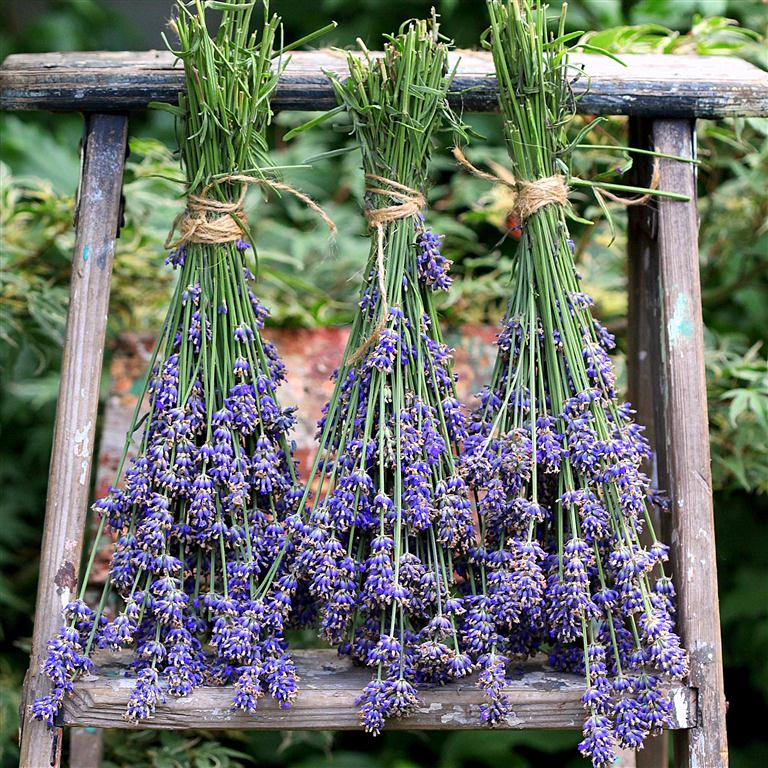 This concept of mundane additives brings up another point when considering mundane and magical ingredients. I believe this is a point that may have been mentioned in passing in Herbology, but deserves further discussion. Mundane ingredients are often added to potions even when they are not in the initial ingredients list. This is often to improve flavor, particularly in the case of lavender or mint. However, mundane ingredients can also often be added to counter slightly unpleasant side effects in potions. If, for example, a potion causes stomach distress in curing an ailment, sometimes potioneers will add ginger, rose, or another mild and mundane ingredient in order to temper this effect. There are, of course, exceptions, and one should never add a supplementary ingredient to a potion without verifying that it will not ruin the end product, but mundane ingredients often do not throw off the temperament of a potion.

Questions of Science, Science and Progress (Transitional Ingredients)
Finally, we reach what are sometimes called transitional ingredients. These are ingredients such as dragonfly thoraxes, which on their own have no magical qualities. However, when used in conjunction with magical ingredients as well as the magic of a witch or wizard, they will display magical properties themselves. Dragonflies are known to be beautiful, albeit mundane, creatures: they hold symbolism of transformation and change in many cultures, and Muggles often theorize they have their own hidden magic, but they never truly show a strong magical inclination.

Creating a mixture or even some non-magical compounds with dragonfly thoraxes will not give the consumer any additional magical boost, beyond an extra taste of protein. However, when brewed in potions with other magical ingredients, the magic involved in the rest of the process is able to trigger some hidden magical quality in dragonfly anatomy. The thoraxes, for example, are used in potions for energy and endurance - for example, the Girding Potion. The wings are often used for concoctions assisting with speed of thought and action.

It is still unknown what may cause this latent magical quality in certain plants and species. It is likely something in their genetic composition, but it’s unclear what that “something” is. Some theories suggest that these mark the signs of an early development of magic in species that were once not magical, but are slowly developing a magical ability of some sort. Remember, in your History of Magic class you also read about the theories for the beginning of our own magic, so species possessing magic has been proven as something that can evolve and develop over time. Some even hypothesize that dragons were once much like the extinct creatures of the dinosaur period, but over a much longer period evolved into the beings of incredible magic that they now are.

Others suggest that this hibernating form of magic is simply another expression of magical gift or talent. Perhaps dragonflies do not have sufficient power to do grand spells or feats of destruction - but they still have a spark of magic deep inside, different from the energy we are used to. This magic that we cannot perceive may be what draws Muggles and wizards alike to these ethereal creatures: sensing that there is some breed of allure or magic that we have yet to access or understand. I tend to be of the opinion that, as many forms of magic as we see in explicitly magical beings and creatures, from centaurs to house-elves to witches and wizards, it makes more sense that many other expressions of a magical gene of some sort exist in the world. 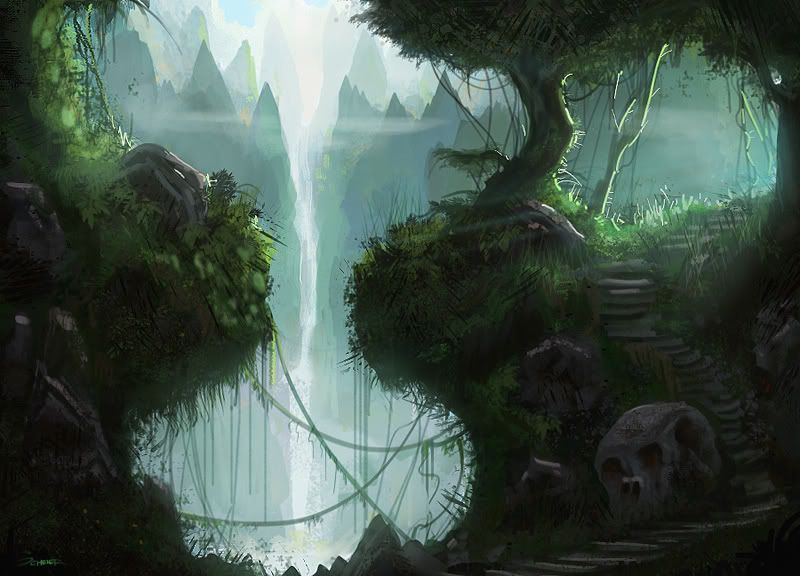 There is another more romantic inclination that some have, though it isn’t currently a very popular theory. The thought is that these small creatures with untapped magical talent were once very powerful elementals on Earth. Or, in a more biological sense, that they were much like fairies, although some folk tales tell of them being much more powerful than even we, witches and wizards, are. Something happened to the magic in these tales, either a great suffering and loss as a community or a simple fading of faith and power, and they slowly diminished. Eventually magic became a vestigial organ, or a part of the creature that once held use, but slowly fell into idleness. An example of this is our own appendix and even our wisdom teeth. When I was young, my mother used to speak of the little inexplicable displays of magic in the world this way to my cousins and myself: that powerfully benevolent magical beings once ruled our world, but a great sadness caused them to diminish and eventually disappear. This is, of course, the least likely of scenarios, but in lieu of answers, some will (entirely understandably) hold whichever notion gives them the most happiness.

That is all for today’s lesson! I hope you took careful notes, as ingredients are a crucial building block to your foundational knowledge of brewing. Please note that you have a quiz to complete for homework this week and that we will have a lab next class.

This course provides an introduction to potions and potioneering. First Years will learn safety and fundamental potions usage, terms, brewing, and basic theory. We will cover major ingredients as well as some history of potions.
Enroll
Hogwarts is Here © 2022
HogwartsIsHere.com was made for fans, by fans, and is not endorsed or supported directly or indirectly with Warner Bros. Entertainment, JK Rowling, Wizarding World Digital, or any of the official Harry Potter trademark/right holders.
Powered by minerva-b