Please read the following before beginning this course or reaching out to Professor Mitchell or her PAs with questions.

1. If you have any questions about the course content, please reach out to any of the Transfiguration 101 Professor's Assistants. A list of current PAs can be found on the right side of this page. Please note that owls asking for the specific answers to quiz or essay questions will not be tolerated.

2. If you have submitted an assignment and are waiting for your grade to be returned, please do not reach out to the professor or PAs asking when it will be graded. Our grading team is composed entirely of volunteers and grading can occasionally take a little while due to both the number of assignments submitted and the real life commitments of our team. Please be patient.

3. If you believe your assignment has been graded in error, please reach out to either Professor Mitchell or Dane Lautner with the Grade ID (found in your Gradebook) for the assignment in question along with an explanation of what you believe is incorrect. Please ensure your message is respectful or your appeal will be denied.

4. If you have any comments or feedback about the course, please send an owl to Professor Mitchell.

Welcome
Professor Mitchell sat at her desk grading the final assignments from the previous class. She’d already written the topic of today’s lesson on the chalkboard, the words “The Five Principal Exceptions to Gamp’s Law,” in white, with five words written underneath them. She was just writing the grade on the last assignment when she heard the door open and the students start filing in. “Come in, please sit down. We have much to discuss today. Your wands will not be needed, but please pull out your ink and quill.”

Today we will be discussing the Five Principal Exceptions to Gamp’s Law. These exceptions tell us what we are unable to do within the science of transfiguration, particularly conjuration. While there may be additional things that are regulated by man-made magical law (the laws that are created by the Ministry of Magic that limit what we are legally allowed to do), the laws of magic (the natural laws of the universe that physically prevent us from being able to do certain things) are what the Five Principal Exceptions fall under. These principal exceptions are food, magical energy, love, life, and knowledge. Each will be described in detail below. 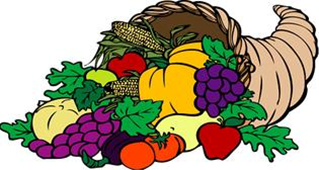 Food
Food is the first principal exception and is probably the one least explained. Food cannot be conjured or transformed into existence. It can, however, be summoned or duplicated. This is where the confusion comes in as it isn’t fully understood why it is possible to duplicate food but not conjure it from nothing. However, even if this were possible, it would be extremely dangerous because conjured items are not permanent. They will eventually disappear. How this happens will be explained in further detail when we get into conjuration during Year Six, but since conjured food would disappear, eating it could cause extreme harm to the body. If you eat something and it is digested and used to create things within the body, anything associated with the digestion of that food would cease to exist, causing parts of the body to be damaged in the process.

It is important to note that there are spells that allow things to become food-like substances, even though they are not actual food. One example of this is the Desk to Pig Transformation. This allows you to transform your desk into a "pig." It is highly advised against trying to create food out of this pig. As life cannot be created (as will be explained below), the transformed pig cannot actually be slaughtered to be turned into bacon or ham. Even if you could, eating the resulting meat would not give you the nutritional value of natural meat, but instead you’d be left with the nutritional value of the desk. As you can imagine, this can be dangerous if your original target was made of a toxic material or something else that you would not want in your body. 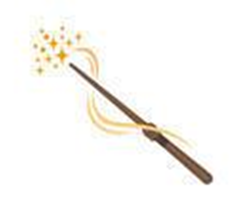 Magical energy is the second principal exception.  While kind of difficult to wrap your mind around at first, it is an exception that should make quite a bit of physical sense once I explain it.  I mentioned last week that matter cannot be created nor destroyed.  This is also true of energy and, by extent, our inherent magical power.  We can draw in this energy from ourselves and the world around us and shape it to perform spells, but there is currently no physical way to imbue something with a self preserving magical energy if it does not have it to begin with.  This means that we cannot conjure any materials, plants, or animals that have any natural magical ability.  It is impossible to transfigure or conjure a dragon whose heartstring could be used to give power to a wand or a phoenix whose tears contain healing powers.  It is impossible to imbue a Muggle or a Squib with the ability to perform magic.  Many of you are probably asking yourselves “Well what about magical objects?”  You will learn about these more in your Charms class, but these objects are merely charmed to have some effect.  These charms may eventually fade as they are not a natural part of the object or material itself. 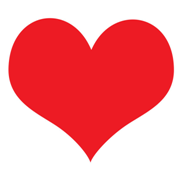 Love
Love is perhaps the most abstract of the exceptions, simply because the concept of love itself is abstract compared to the other exceptions. It isn’t something that can be seen or touched. It is an emotion, something that can only be internally felt and is different to each person. Love cannot be created falsely. While there are love potions such as Amortentia, they do not actually create love. Rather, they create a strong attraction that can be perceived as love.

It is speculated that people conceived under the effects of a love potion cannot actually feel love. Since they were created in a false moment fueled by magic, that magic thus creates the effect of an inability to love in the resulting child. This has been noted in the case of Tom Riddle, more commonly known as Voldemort. His mother seduced his father by way of Amortentia, so he had the unfortunate inability to feel or understand love and in the end, that was his downfall. 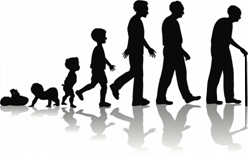 Life cannot be created in any form. When something has died, that soul cannot be conjured to bring that thing back to life. In the same respect, conjured plants are not truly alive. They simply mimic the appearance of life while they are conjured. For instance, if you conjure a bouquet of flowers, they will not require food or water and they will not wilt and die. It is also important to note that conjured animals do not contain life either, such as the birds conjured with the spell Avis. They merely appear to contain life and mimic its qualities. This is the same for animals that are transformed.

Knowledge
Knowledge is the final of the principal exceptions and is a rather tricky one. There is a fine line that causes some people to get confused. First, let us begin by defining knowledge. Knowledge is the information and 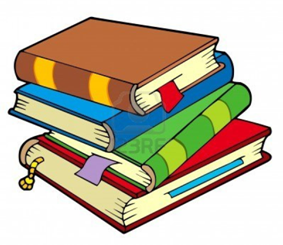 memories that reside in your brain. Thus, a book does not constitute knowledge, but rather a means to acquire knowledge. It is in instances like this where this exception gets tricky.

It is impossible for someone to create knowledge that they do not have. For instance, you cannot conjure into your mind the entire understanding of and ability to use the Spanish language. You can, however, conjure a book that teaches the language, presuming you know that the book exists and you are familiar with its content before conjuring.  This is an incredibly difficult feat, however, as you need to be able to direct your magic to the exact book you need, which is easier said than done.  If you are successful in your conjuration, you must still sit down and actually study the book to gain the knowledge, though.

Knowledge can be stored and shared. An example of this is the device known as a pensieve. This is a device in which one can put their memories in to be viewed. Anyone can look into the pensieve and gain the knowledge retained in that memory. That being said, by viewing the memory, you are not automatically encoding it into your own mind. You will only know that which you can recall from viewing the memory. For instance, if you were to view someone else’s memory of reading a Spanish book and they were able to retain all the knowledge as they read, that isn’t to say that you would do the same by viewing the memory, unless, say, you read the book over their shoulder and were able to retain the knowledge yourself.

Conclusion
Well, there you have it! The Five Principal Exceptions of Gamp’s Law. I know it can be a lot to take in, so please feel free to contact me if you have any questions. My methods of contact can be found at the top of the lesson. I hope you enjoyed the lesson, and I look forward to seeing you next week.

An introduction to the science of transfiguration. This will cover what transfiguration is, its branches and laws, and basic inanimate transformations.
Enroll
Hogwarts is Here © 2022
HogwartsIsHere.com was made for fans, by fans, and is not endorsed or supported directly or indirectly with Warner Bros. Entertainment, JK Rowling, Wizarding World Digital, or any of the official Harry Potter trademark/right holders.
Powered by minerva-b