Please read the following before beginning this course or reaching out to Professor Mitchell or her PAs with questions.

1. If you have any questions about the course content, please reach out to any of the Transfiguration 101 Professor's Assistants. A list of current PAs can be found on the right side of this page. Please note that owls asking for the specific answers to quiz or essay questions will not be tolerated.

2. If you have submitted an assignment and are waiting for your grade to be returned, please do not reach out to the professor or PAs asking when it will be graded. Our grading team is composed entirely of volunteers and grading can occasionally take a little while due to both the number of assignments submitted and the real life commitments of our team. Please be patient.

3. If you believe your assignment has been graded in error, please reach out to either Professor Mitchell or Dane Lautner with the Grade ID (found in your Gradebook) for the assignment in question along with an explanation of what you believe is incorrect. Please ensure your message is respectful or your appeal will be denied.

4. If you have any comments or feedback about the course, please send an owl to Professor Mitchell.

Welcome
Professor Mitchell was sitting at the front of the room as the class filed in, taking their seats. She glanced quickly at the clock as the bell rang before standing and walking in front of her desk to face her students.  In her hand she held a single matchstick. Once the class quieted down, she held out the match and made a slight jabbing motion with her wand. The professor looked back up at the class, now holding a shining silver needle in her hand.  She made eye contact with every student in the room before glancing down at her jet black robes and contemplating them for a moment. Lifting her wand, she tapped her robes once with the tip, muttering something quickly under her breath, and in a second they transformed into a flowing purple ball gown. Professor Mitchell once again looked back up at the sea of students in front of her and grinned.

Introduction
What I just showed you all are both the first and the last transformation spells that you will be taught in this class. The first, the Matchstick to Needle Transformation, we will be covering next week before your midterms, but before you can begin casting, we must first go over some of the theory behind what it is you will be doing next week and throughout the remainder of this course. Now don’t you groan at me, I promise you all of the note taking will pay off in the end. 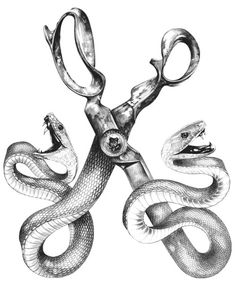 As you all should know, your first four years of Transfiguration will be centered on transformations. We went over this briefly in Lesson Two, but I wish to reiterate some of that information here and go into a little more detail.

Transformation is the branch of transfiguration that alters the physical state or being of an object. This is done by rearranging all of the molecules in the object, drawing in from the environment around us and releasing particles into the atmosphere when necessary, and manipulating them to form the thing we desire. We can usually see this physical change as the spell progresses as the target appears to morph from one object to the next. As you get more advanced, this process will be quicker, until you get to the point where you can cast the spell and see an almost instantaneous switch.

Casting Basics
Now, next week you will all be attempting your first transformation.  I know this is an exciting step, but as was mentioned previously, transfiguration is a precise and exact science. There’s more that you need to do to be successful other than wave your wand and say a couple of fancy words.  I know you have already touched upon some of these concepts in your Defense Against the Dark Arts class, and will be going into more detail with them in Charms over the next few weeks, but they are important enough that they require some reiteration here. 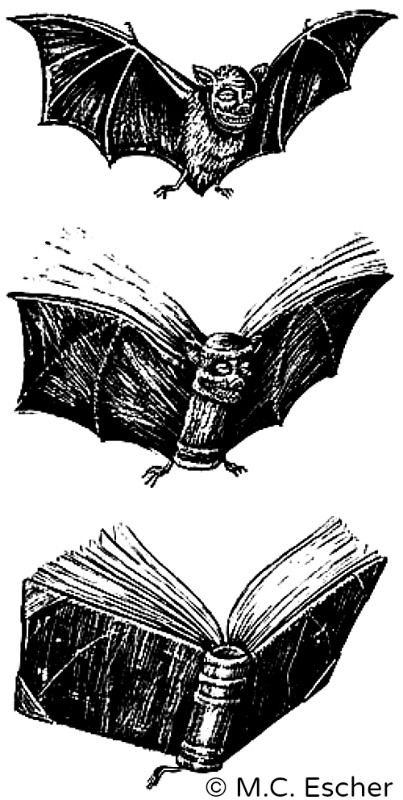 To start, all spells fall under one of two different classes of spells: static or dynamic.  Static spells are those for which the effects are immediate and end almost instantaneously after casting.  In contrast, dynamic spells are those in which you may continue affecting the target object even after casting.  This distinction doesn’t play a major role in transfiguration as all transfiguration spells fall under the “static” category, but it is still an important concept to understand.  All transformations that you will perform in this class and beyond will be completed within a second or two of the time you cast them.  There is no way to alter the spell halfway through or make a continual morph from one object to another to another. Transfiguration spells are “one and done” spells, so to say.

Almost all transfiguration spells will require willpower.  Willpower is the mental push or desire to make a spell happen that gives power to your magic and draws it out of your body.  Everything - object, creature, or otherwise - has a natural willingness to exist and be what it was meant to be.  This will to exist gets stronger in objects that are greater in size or complexity, as there’s more mass, or “stuff,” resisting change.  The exact nature of why this is so is still being researched today.  The general idea is that every object has an inertia that holds it where it is.  It is nicely described by Newton’s First Law, which states “an object at rest tends to stay at rest until acted on by an outside force,” meaning that objects will resist change unless there is some outside influence, which in this case is our magic.  Creatures in particular have a strong will to exist in their natural state, as they possess the added complexity of a consciousness.  The entire field of transfiguration deals with overcoming that natural desire and forcing the target to become what you want it to become.  As you can imagine, as the targets you are working with become larger and more conscious, the transformations become more difficult to perform and require a larger amount of willpower 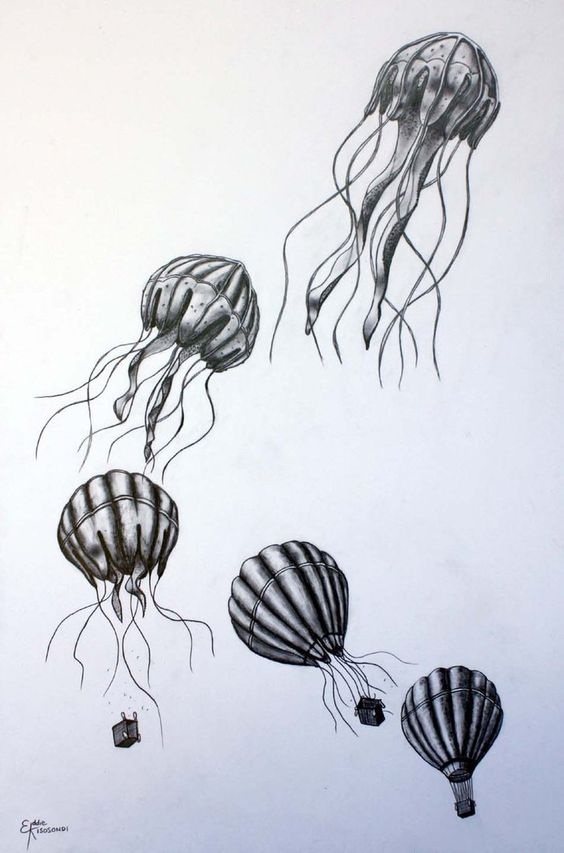 to overcome the will in the object.  The targets we will be starting off with, however, are small, with a minimal natural resistance to change, so the required willpower won’t be too great.

Up next is concentration.  Where willpower is the brawn, concentration is the brains.  It is the act of centering the mind in order to directly influence the world via magic. Whenever you perform a transformation, you must focus your mind on what you want your target to turn into.  You must picture the target morphing, keeping in mind all the details of the resulting object, and in that way, you direct your magic to do what you want it to do.  The concentration must be held until the entire transformation is completed. This is usually no more than a second or two, but even still, letting your mind wander too early in the process could result in your transformation only half completing.  Transformations between objects that share fewer similarities require more concentration, as there are more changes that your magic has to complete in order to make the switch.  An increase in concentration is also necessary when the resulting object is more complex.  In order to determine how much concentration is necessary, and what exactly it is that you are concentrating on, you must first take a look at the two objects you are dealing with.  This process will be explained in a little more detail next lesson, but in general, this requires you to explore both objects with all five of your senses in addition to exploring their purposes, molecular makeup, and any other aspects that may be important.  Remember, you are not just changing the outward appearance of the target, but its basic makeup as well.

You will notice as you progress through Transfiguration that the wand movements used in this area of magic are typically small, simple, and precise compared to those in, say, DADA.  Wand movements in general are used to help focus, direct, and shape your magic towards a specific goal.  Larger, more grandiose movements aid in projecting magic and making the spell stronger. In transfiguration, there is no need to strengthen a transformation when casting since the magic is inherently focused and controlled by the nature of the spell, hence the use of precise and concise movements. The typical movements you will see are simple taps or jabs.

Variations
Many of the targets we will be transforming in this class have different types and variations to them.  It is important to note that, while we will only be practicing on one particular type of the object, the transformations may be performed on any of the types.  Similarly, as you get more advanced, you will find that these spells can also be performed on objects that are similar to, but not exactly, those for which the spell is meant.  As an example, I will use the Smoke to Dagger Transformation that we will be covering in Lesson Six.  It is possible, with enough concentration, to instead cast this spell onto something like steam.  It is a different substance, but similar enough that the incantation and wand movement will allow it to be transformed. This doesn’t only apply to your starting object, but your ending object too. So long as you can draw the connection between the object the spell was originally intended for and the object you wish to perform it on, the transformation is still possible.

It is also possible for you to embellish on the resulting object with the right concentration. This can be anything from adding a simple design on the face of a watch in the Whistle to Watch Transformation to making a rainbow quill with the Fork to Quill transformation. Essentially, if you can picture it, you can make it, but doing more than a simple color or design addition requires an intense amount of concentration in order to direct your magic to create exactly what you want.

Conclusion
I do hope that you have all enjoyed today’s final theory based lesson of the year! Please do keep in mind everything that we have covered today as it will help you greatly in your transformations next week. Class dismissed.

An introduction to the science of transfiguration. This will cover what transfiguration is, its branches and laws, and basic inanimate transformations.
Enroll
Hogwarts is Here © 2022
HogwartsIsHere.com was made for fans, by fans, and is not endorsed or supported directly or indirectly with Warner Bros. Entertainment, JK Rowling, Wizarding World Digital, or any of the official Harry Potter trademark/right holders.
Powered by minerva-b