Welcome
There were no fun creatures or interesting objects in the classroom as the students entered.  There was simply the blackboard and Professor Mitchell standing beside it, a piece of chalk in her hand.  She appeared tired but cheery as she hurried everyone to their seats.  “Wands away and quills and parchment out, please!” she called over the rustling of book bags being opened and desks being sat in.  Once everything was quiet, the professor began the lecture.

Introduction
Welcome back to another wonderful lesson of Transfiguration!  Today we’ll be beginning our discussion of the second sub-branch of transformation: switching.  It’s going to be mainly a theory day, so I hope you’re all ready for some note taking! I’ll first give you a general overview of switching and what spells fall into this category, then we’ll do a little compare and contrast with the general transformations we have been studying for the last three and a half years.

Switching
Switching is the branch of transformation that somehow alters a target’s physical makeup while still leaving it recognizable.  That is to say, you’re changing some part or feature of an object while maintaining its visual aesthetics.  Now, when I say “feature,” I’m not solely referring to a physical part of a target, such as a handle, leg, or eye.  Though there are a multitude of switching spells that target these, you’ll find that the much more useful ones are those that target other non-physical features.  Perhaps it would help if I define “feature.” A feature is “a distinctive attribute or aspect of something.”  So yes, those physical parts of an object are all aspects, but so are things such as location, animacy, color, or style. 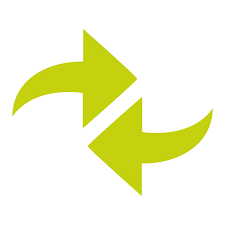 Now that you know what switching is and some features that it can affect, let’s talk about the variety of spells that can be considered a switch.  Of course, you have some of your basic switches, such as turning a target’s teeth into wine gums or claws into steel, both of which we will be covering later on in the year. There are also the General Switching and Partial Switching Spells, which are unique as they target two objects simultaneously in order to swap their location.  I talked a little about Piertotum Locomotor, or the Statue Animation Spell, at the end of last year, but this spell is considered a switch as it alters the animacy feature of its target.  There are some spells, such as Multicorfors or Colovaria, which we will touch on in Lesson Eight and which many of you may recognize from your other courses, that very closely walk the line between charm and transfiguration due to the way they alter their target.  Spells such as these have been debated over for decades and it is likely that we will never be able to agree on what classification they fall under, at least until we have the means to better understand magic.  Finally, there is a sort of sub-category of switching that is cross-species switches, which we will cover next week.

So, what in our spellcasting needs to change in order to perform a switch?  What changes molecularly?  The biggest thing to remember is that it is only the feature that is transforming, not the full object.  This means that the only particles that should be changing are the ones that are a part of or are associated with the feature in question.  The rest of the object should remain molecularly the same, untouched by the spell.  In terms of your casting, you must therefore ensure that you are keeping your concentration solely on the part that needs to make the change, i.e. the location, the arm, the animacy, etc.  If you happen to focus on the entirety of the target, you may find yourself transforming more than intended.  Rather than just turning teeth into wine gums, you may turn the entire animal into one big gummy candy.  This could get problematic, especially when concerning living targets, as your willpower will probably not match the level needed to transfigure the entire target, increasing the likelihood of half transformations.

Contrast with General Transformations
Now that you know what a switch is, what it affects, and what you must do to cast one, how does it compare to a general transformation?  The biggest difference is what we just discussed.  Our general transformations took an object and completely altered it past the point of recognition.  If you came across a pincushion simply lying on the ground, you would have no clue if it was a natural pincushion or a hedgehog in disguise unless you attempted to cast an untransfiguration spell on it (or were skilled enough to detect the faint traces that magic leaves on everything it touches, though there are very few wizards with that level of mastery).  In comparison, you can always identify the natural form or essence of an object targeted by a switch.  You may not always know what was altered in the switch if it was something such as color or location, but you will always know what it is.

Despite the large difference between these two types of spells, there is also a decent amount of similarities between them.  What occurs on the molecular level when the spell is cast is remarkably similar, despite the differing targets.  Both release, absorb, and change atoms and molecules as necessary to create the desired form. Determining the required levels of concentration and willpower needed to successfully perform the transformation also follow similar rules, even if you’re directing these forces in different directions.  Complex targets and more drastic changes still require a larger amount of concentration and larger targets still require more willpower to transform.

Conclusion
I hope I didn’t bore you all to death with today’s lecture, but I can assure you we’ll get back into practical work next lesson. In addition to the quiz you have for homework today, be sure to study, as next lesson will mark the middle of the year and will therefore contain your midterm exam.  Until then, class dismissed!