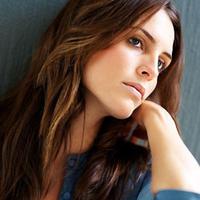 Biography: Sofia Elena Castillo was born on September 21, 1987, in Puntarenas, Costa Rica. Her parents were in Costa Rica for a research trip run by her father, when Sofia’s mother went into labour early. Though her family is not Costa Rican, Sofia’s parents decided to honour her birthplace by naming her after traditional Costa Rican names. Sofia is a half-blood, with her father being a wizard, and her mother a Muggle. They stayed in Costa Rica until Sofia was three, then moved back to the Eastern United States, where Sofia was joined by her younger brother Evan. Their parents balanced magical and Muggle life, teaching them both about the history of the Wizarding World, and how to perform daily tasks as a Muggle. Despite her magical status, her parents elected to send her to a Muggle public school and teach her magic at home. In order to further her magical education, she attended summer camps for witches. She graduated in 2005.

Sofia loved learning in both the magical and Muggle worlds, so when it came time to pursue her post-secondary education, she easily chose the University of Roehampton, where she studied Anthropology. During her third year of schooling, she became housemates with Aubrey Hackett, and the two became fast friends. After graduating, they stayed in touch and visited each other one or twice a year. Sofia pursued a career in International Aid and Cultural Development, spending many years visiting and researching countries around the world, with particular emphasis on aid programs. In May 2015, she was contacted by Professor Hackett to come to Hogwarts and join her in teaching Muggle Studies. After a short meeting with the Headmaster of the time, Sofia called Hogwarts home.

In her spare time, Professor Castillo likes to spend time outside, whether it’s walking the castle grounds, reading a good book under a tree, or teaching students how to play Muggle sports like frisbee. She loves listening to music, watching action movies, and writing letters by hand.
Friends (206)