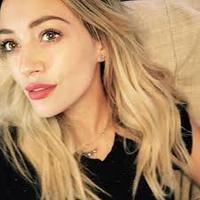 Genevieve left. She left only her partner at the time a note, but didn't have time for much else. She willing left (with an irate escort) a few months before the end of her sixth year. She didn't show up at all for seventh, though rumours had people thinking she might be living in the Chamber of Secrets of a first floor classroom, now storage room.

Flitting between Britain, Germany and France sure does keep one busy. Investigating old problems before they escape justice forever is busy, violent work, but someone has to do it.

Thank God for Diplomatic immunity in France and Germany, right?

Having crash landed back in Britain after a lead went cold in Paris, she is spending time with her father- Retired Unspeakable, Damien Hawthorne, and her mother, Natasha Hawthorne. A half-blood, her relations on her father's side are the reason she splits her time up across Europe now, as she delves into the legacy that the First Wizarding War left behind.

Hopefully, no one wants to bring up that time she accidentally blew up a car in front of Muggles. (It was an accident. Mostly. She had been aiming for a letter box.) Or the time she totally faked a terrorist incident in the Ministry of Magic. Or that mysterious teal mark on her former desk that won't go- It's just- it's better to not ask about it. It turns out, Midnight Margaritas do not always work out the way you want.

With any luck, she won't bump into anyone.. although, she's going to need to make some official inquiries soon.

Carrying: Ca$$$$h moneyyy. A Muggle phone and headphones, used mostly for games and music. Wand. Many bottles of Calming Draught, Potion for Dreamless Sleep and a few old wizarding photographs.

Wand: Hawthorn, eight inches, erkling vocal chord core and unyielding- Like her stance on her innocence.

Owl: There is a cute, but nippy barn owl that you think might be hers. It did drop a dead rat on the head of an unfortunate Gryffindor girl once.

Outstanding Warrants: At least six and atleast three have to do with destruction of Ministry property, and are because she was in breach of her probation at the time.


Come find out about her for yourself. Word is, she haunts some club in London, raids small towns by night, won't go near Hogwarts for love nor money, but can't resist a turn down Knockturn Alley.

You did hear something about a mail box going up in pink and purple flames somewhere in York.

Semi-Paragraph to Paragraph RPer.
18+ only for anything even vaguely romantic. Under 18's who need a mentor, friendly or impartial ear, that's fine.

I lean towards dark things. Magic and RP included. That being said, we can be wholesome. ((Especially you under 18's, y'all can't cope, tiny muffins.))

I don't tolerate attention seeking behaviours OOC.
You can PM me an emote, but bear two things in mind: If you do not openly negotiate or communicate what you want, I will just run with whatever. And? All ACTIONS have CONSEQUENCES. You hurt me? You're gonna hear about it forever. Do something good by me? I'll remember it.