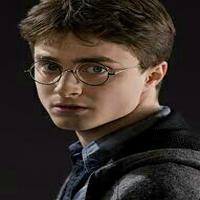 Hello! I'm Nash Vincent Potter a member of the Order of the Phoenix, MoM Employee, Auror, and Author. Son of the famous Harry Potter and his wife Ginny Potter.
Followers (217)  Following (133)  Friends (73)

I was born in 2004 to Harry and Ginny Potter. In 2014, Nash , along with his family, attended the finale of the Quidditch World Cup in the Patagonian Desert. A few days before the match, his father introduced him and his younger brother Albus to the Bulgarian National Quidditch team Seeker, and an old associate of his father, Viktor Krum.

I first started attending Hogwarts School of Witchcraft and Wizardry on August, 2016, and was Sorted into [Gryffindor House, to nobody's surprise and Teddy Lupin's disappointment.

Two years later, I was seen going to Hogwarts on 1 September, 2016 with Albus, who was just starting his first year. James was starting his third year. Contemporaries at school include his cousins Victoire and Rose Granger-Weasley, as well as Draco Malfoy's son Scorpius, though they are in different years.

When my family gathered to see him and his brother off at Platform 9¾, King's Cross Station on 1 September, 2016, I interrupted my cousin Victoire snogging Teddy Lupin, and then ran off to tell my family and other relatives. I was disappointed when they did not react strongly. At some point, I would also steal the Marauder's Map from my father's desk drawer.
Biodata: