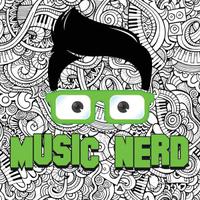 General Appearance:
Tom has a mess of long black hair that changes every now and then due to experimenting color change charms on himself. His eyes are blue-green, that are always magnified due to his Professor Trelawney type glasses (though he will not read your palms or tell you about your impending doom). He is an average height for his age group though he hosts awkward, lengthy long legs. Tom has always sported the various hand me down robes of the Figglehorn Family, as it is a belief that wearing the clothing of one another brings family closer together. One of his favorite robes is his great grandfather's business robes.

History/Family Background/Relevant Information:
Tom Hector Figglehorn was born in Tallahassee, Florida, United States on the 9th of July in the year 2002. His father, Richard Figglehorn, a researcher on spirits and ghosts in the American magical community at the time, met Jill Jennings, a lecturer on Experimental Charms, at a conference hosted by the Magical Congress of the United States of the America. They had their first child, Lance, in the summer of 1994. Once turning the age of 11, Lance began his education at Ilvermorny School of Witchcraft and Wizardry, belonging to Thunderbird house. However, due to a prestigious job offering from the Ministry to Richard, Lance's education at Ilvermorny was halted and replaced by moving to Ottery St. Catchpole in Devon England. He was transferred to Hogwarts School of Witchcraft and Wizardry, sorted into Slytherin, and was held back a year for remedial courses.

The Figglehorn family moved into the new country when Tom was only nine at the time of the move. He was able to return to muggle school like he was in the U.S. and when he turned twelve, his Hogwarts letter arrived. He was sorted into Ravenclaw House (though he was a bit of a hatstall as Slytherin was in consideration) with Professor A. Quilmane as the Head of House. Now he is finishing up his second year and working as a part-time intern with the Ministry Department of Education. He can be found in the halls listening to music of all genres, studying books on charms, or in the Greenhouse taking care of plants.