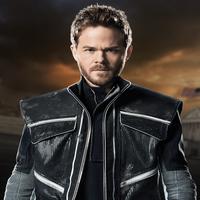 I am Bobby Drake, also known as Iceman and I am a mutant. When I was a teenage i was found by Professor Charles Xavier and he took me in to his school for mutants. I graduated and became part of the Xmen protecting the world from threats


Cleopatra Records · Bonnie Tyler - Holding out for a Hero
Friends (135)